BRANCH OUT FROM THE ORDINARY GIFT

Various locations on and around the High Line

Insectageddon is a collective performance and call to action presented by artist and poet Cecilia Vicuña. The event addresses the devastating loss of insect populations around the world due to the immense scale of toxic industrial farming, pesticides, and habitat destruction. Insectageddon celebrates the millions of insects that visit and make their home on the High Line every year. Vicuña uses the wild and lively landscape of the park to remind us of the importance of insects for maintaining our vegetal world, as well as all living beings that rely on plants to live.

Cecilia Vicuña is an artist and poet based in New York City originally from Santiago, Chile. Vicuña’s work connects deeply with the changing realities of natural and political realms. In her precarios (works made of natural and industrial debris) and quipus (large hanging installations of knotted skeins made of unspun wool), she embraces the impermanence of material realities in our world, celebrates unexpected magical moments of transformation, and mourns the loss of nature’s beauty that we ourselves precipitate.

Insectageddon takes place as part of the High Line’s annual Horticulture Celebration as an expanded festival on the High Line and at dozens of partner sites across New York City and around North America.  Learn more about our site partners. The work follows the life cycle of the butterfly: from life, through death, and back to life anew, and centers the voices of children as today’s leaders in climate change activism. For the event, Vicuña and the event’s partners bring together artists, activists, citizen scientists, climate change scholars, entomologists, performers, and most importantly, young people, in an effort to both reflect and raise awareness for our interconnectedness in the web of life.

Tap the upper right hand corner of the below playlist to see each of the videos from the day:

Artists and filmmakers present a series of videos and short films exploring the profound creativity and ingenuity of insects. The series features:

3 – 6pm
In the Chelsea Market Passage, on the High Line between 15th and 16th streets

Celebrating Insects: Insect masks and endangered and beneficial insects
Hosted by High Line Education
During this workshop, we’ll explore why insects are important and what we can do to protect them. After learning about endangered insects and why insects are important, participants will be invited to create an insect mask inspired by four endangered insects that call New York State home. Participants will use paper, markers, cardstock, and string to design their mask, choosing to create pop-up elements or decorate the mask with drawing supplies.

Celebrating Insects: Cecilia Vicuña, artist spotlight and mini wire insect sculptures
Hosted by High Line Education
In this workshop, participants will learn about Cecilia Vicuña and her body of work. Participants will create a small wire sculpture of an insect out of various wire materials. This sculpture will be attached to a pencil to mimic the movement of insects while writing or drawing. These sculptures reference Cecilia’s insect hat, as well as wire kinetic sculpture that will appear during the festival.

iNaturalist Workshop
Hosted by Chris Kreussling, aka “Flatbush Gardener”
Join Chris Kreussling for a walk on the High Line to explore plant and insect interactions and learn about the citizen scientist observation gathering tool iNaturalist. Tours begin at 3:30 and 4:45; please sign up upon arrival at Chris’s table in Chelsea Market Passage. Chris is a Brooklyn naturalist and gardener specializing in gardening with native plants to create habitat for pollinators and other invertebrates.

Native Plant Finder Workshop
Hosted by Sarah Ward, National Wildlife Federation
Did you know that a native oak tree can support the caterpillars over 500 species of butterflies and moths? When it comes to attracting beautiful bees, butterflies, and birds to your yard or community garden, the best thing you can do is use native plants. Join National Wildlife Federation to explore their Native Plant Finder which will help you find the best native plants for your specific zip code that attract butterflies, moths, and the birds that feed on their caterpillars.

Francisca Benitez and Sunder Ganglani, Bombus impatiens and other harmonies
3:30pm
On the Flyover, on the High Line between 25th. and 27th streets
Benitez and Ganglani will present a harmonizing vocal duet inspired by the Latin and common names of the insects found on the High Line in synchronicity with an ASL interpreter.

Christy Gast, Goldenrod Transect
4pm
Meet on the High Line at Gansevoort Street
Gast will present a durational performative walk around a native plant found in several locations throughout the High Line, goldenrod. Gast will have with her a giant soft sculpture of a goldenrod, as a prop for educational, creative, and interactive collaboration with the public. The performance will travel between Gansevoort Street and 16th Street.

In the Chelsea Market Passage, on the High Line between 15th and 16th streets

Accessibility
We encourage all persons with disabilities to attend. To request additional information regarding accessibility or accommodations at a program, please contact art@thehighline.org. Program venues are accessible via wheelchair, and ASL interpretation can be arranged two weeks in advance.

Costumes and sets are built and designed by Gregory Corbino in collaboration with Cecilia Vicuña. 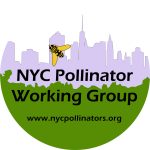 Sarah Kornbluth
Sarah Kornbluth is a bee biologist and Field Associate at the American Museum of Natural History. Her interests include exploring bee community dynamics in a variety of human-affected ecosystems and creating support for native bees in human-managed landscapes. Follow Sarah on Instagram at @SarahKornbluth.

Giuliana Furci
Giuliana has been working for Fungi since 1999, she’s a field mycologist, author, and fungal activist. Follow Giuliana on Instagram and Twitter at @giulifungi and @FungiFoundation.

Reverend Billy and the Stop Shopping Choir
The Church of Stop Shopping is a radical performance community based in New York City, they are from many different creative and activist backgrounds and reflect many communities and homelands. The choir has evolved a very particular sound and performance experience from the synthesis of their lived experience. The choir is grounded in the work of justice and in service to the Earth. They love to sing together.

In 2013, they began a public campaign against neonicitionoids, glyphosate, and the widespread chemicalization of the earth by pesticides and herbicides. They began by celebrating the honeybee and went on to map the use of glyphosate (aka Roundup) by public agencies in 50 communities nationwide. With coalition Partners The Black Institute, kindergarten teacher Paula Rogovin, and Pesticide Action network they were able to push through a bill banning the use of glyphosates in NYC parks. Follow the Choir @RevBillyTalen, @stopshopping_choir, @savitrid.nyc, @revbillytalen.

Artist Teacher in Residence:
Greg Corbino
Greg Corbino is a High Line teaching artist, multimedia artist, puppeteer, and musician. His work is deeply invested in nature, joy, and justice—and often created from recycled materials, which is to say trash but let’s be honest, there’s no such thing as trash. Follow Greg @G.Corbino.

Sunder Ganglani
Sunder Ganglani is a musician and dramaturg working at the intersections of music, performance, and liberatory justice practices.
IG: @sunder_underscore

Marcella Durand
Marcella Durand is the 2021 recipient of the C.D. Wright Award in Poetry from the Foundation of Contemporary Art and the author of several books of poetry, most recently, To husband is to tender, published this summer by Black Square Editions.
Twitter @MarcellaD12

Brenda Coultas
In the mid-1990s, Brenda Coultas moved to New York City from the Midwest to work on the staff
of the Poetry Project. Her poetry can be found in Bomb and The Brooklyn Rail and the
anthology Readings in Contemporary Poetry published by the Dia Art Foundation Press. Coultas was awarded a Robert Rauschenberg Artist Residency, as well as residencies at Ucross and the Gloucester Writers Center in 2020. The author of five collections of poetry, her last book, The Tatters, an elegy to print culture was published in 2014 and The Writing of an Hour, an ars poetica, is forthcoming also from Wesleyan University Press in Spring 2022.

Edwin Torres
Edwin Torres is a lingualisualist from the inner forests of New York City, his books include; Xoeteox (Wave Books), Ameriscopia (University of Arizona), and forthcoming from Roof Books, Quanundrum: I will be your many angled thing.
IG: @Brainlingo_
Twitter: brainlingo

Laynie Brown
Laynie Browne is a poet and prose writer whose most recent books include a collection of poems, In Garments Worn By Lindens (Tender Buttons), and the anthology A Forest on Many Stems: Essays on the Poet’s Novel (Nightboat).

Latasha Diggs
LaTasha N. Nevada Diggs is an artist, a native of Harlem, a lover of sounds, of birds, of freedom, and the author of TwERK.
IG: @latasha.diggs

Lead support for High Line Art comes from Amanda and Don Mullen. Major support is provided by Shelley Fox Aarons and Philip E. Aarons, The Brown Foundation, Inc., and The Andy Warhol Foundation for the Visual Arts. Program support is provided by Charlotte Feng Ford. High Line Art is supported, in part, with public funds from the New York City Department of Cultural Affairs in partnership with the New York City Council, under the leadership of Speaker Corey Johnson.