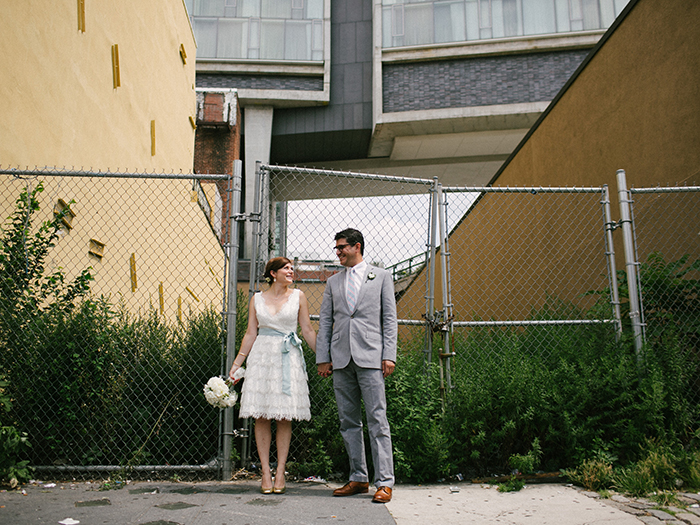 The High Line plays host to all kinds of romantic moments – engagements, first dates, weddings, even more engagements – and it’s easy to become desensitized to the tales of love blossoming in our park in the sky. But the story of Michael and Lia De Feo has managed to charm even our most jaded coworkers. (Admittedly, we’re a pretty mushy bunch.) 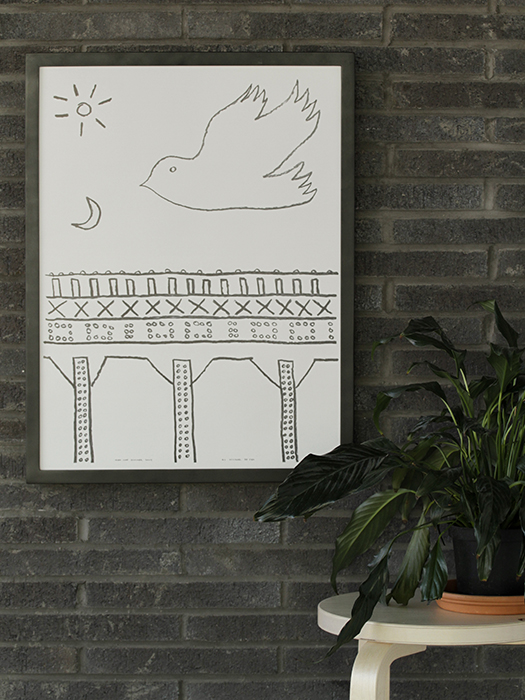 Michael De Feo is a veteran street artist, nicknamed the “Flower Guy” because of his signature flower image adorning buildings throughout New York City. Michael’s story became intertwined with the High Line’s back in 2005, when Co-Founder Robert Hammond reached out to Michael after receiving his children’s book, Alphabet City: Out on the Streets, as a gift. Robert was struck by Michael’s work and asked the artist if would be willing to design some prints for the organization.

Intrigued, Michael decided to help. Since then, he’s been generously sharing his talents and time with the High Line, donating signed drawings, creating t-shirts and temporary tattoos for events, and even decorating hard hats with his trademark flower at the park’s groundbreaking.

As the founder of the street art touring company Saddleshoe Tours, Lia had admired Michael’s art for years. She decided to email the artist and see if he wouldn’t mind signing her print. Michael noticed that Lia worked for the Food Network – she is their Vice President for New Business – and he proposed a business meeting.

When the pair met at Lia’s Chelsea Market offices, they both quickly realized that their connection went beyond business. “It started to feel more like a date than a meeting, to be honest,” recalled Michael.

You may have already guessed how this story ends. Many dates followed that fateful “business” meeting. And when the couple eventually decided to get married, they chose the High Line as their venue. “It felt like we were home,” said Lia of the intimate ceremony, held on a beautiful afternoon this past July. When designing the invitations for the wedding, Michael created an image that evoked the work of art that started it all. In place of the hopeful bird, a heart soars triumphantly above the High Line. 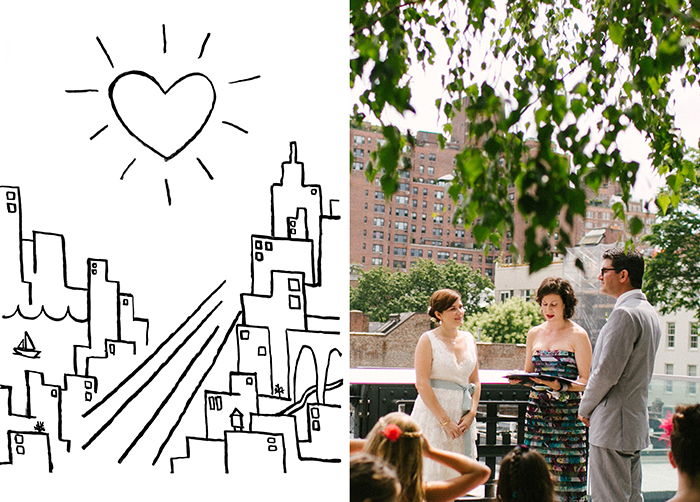 (Left) The design that Michael De Feo created for the couple’s wedding evokes the drawing that brought them together. (Right) Lia and Michael wed in an intimate ceremony on the High Line. Nicole De Feo, Michael’s sister, officiated.Gulnara Samoilova