Serving up Texas-style Barbecue on the High Line 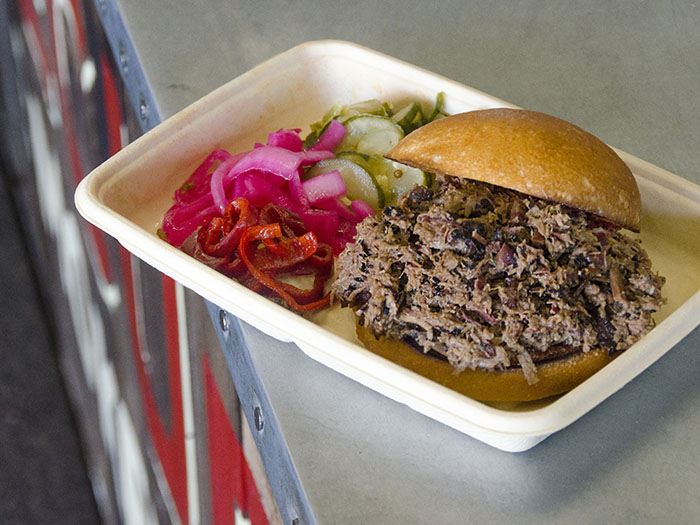 The recipe for Smokeline’s delectable brisket sandwich has its origins in central Texas. Photo by Rebecca Hughes

If you’ve been on the High Line since spring of 2013, you’ve undoubtedly seen (and smelled) SmokeLine. Delaney BBQ’s first Manhattan venture is nestled in the middle of the High Line Food vendors in Chelsea Market Passage at West 15th Street, boasting an elegantly rustic wooden exterior and an incredible smoked-brisket aroma. Dan Delaney, the meat mastermind behind Williamsburg’s BrisketTown, knew as soon as he heard about the High Line that he wanted in. He hadn’t planned on expanding his smoked meat empire to Manhattan quite yet, but, Dan says, “I just loved the idea of serving food in a beautiful space to beautiful people.” 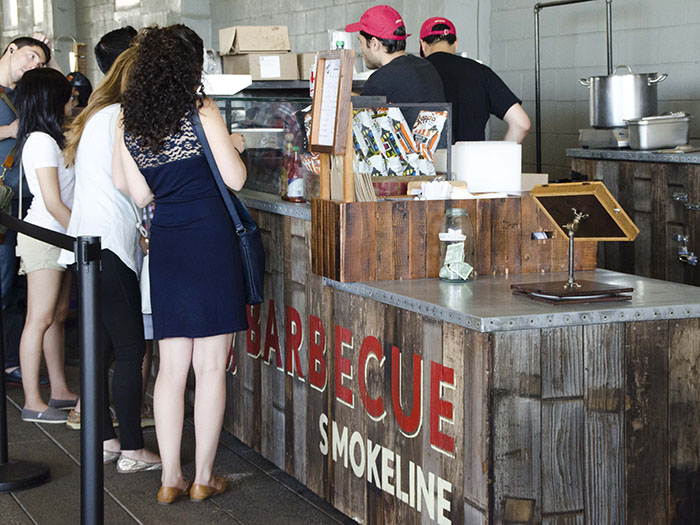 Dan got involved in the barbeque game in what he describes as a “domino sequence” of events. After studying the design of food trucks in art school, he was inspired to get in the kitchen – rather, in the backyard, tricking out old smokers to perfect his brisket recipe. He started a series of events called BrisketLab, selling brisket in advance to customers across the city. 60 days, 31 events, and 7,000 pounds of meat later, Dan’s barbecue was the talk of Brooklyn. And, Dan says, “we didn’t want it to end.” That’s when he opened BrisketTown, and the hype he garnered with BrisketLab followed him there. Dan admits that there was an enormous amount of pressure to keep making good product after his past success – luckily, he did. 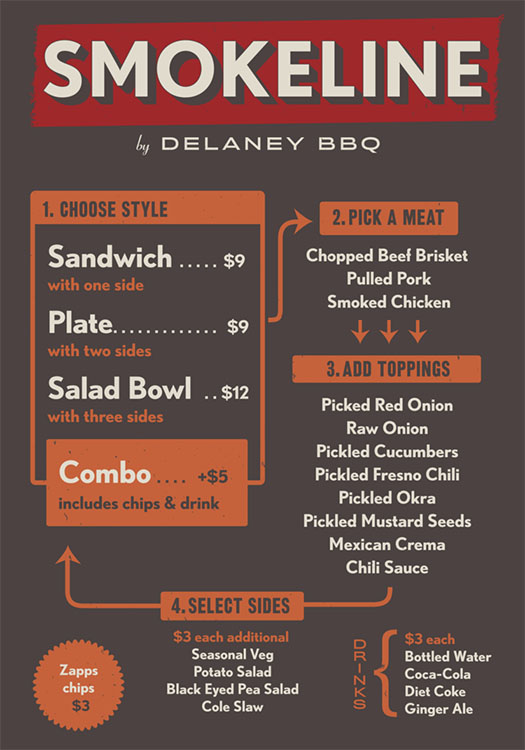 The true test was whether the success of BrisketTown could make it across the bridge to Dan’s next venture. Dan initially designed SmokeLine as an extension of BrisketTown, but soon realized that he needed to take a different approach. “The menu at BrisketTown is more rigid,” he says, “and people eating at a barbecue restaurant for dinner are looking for something different than people walking around an outdoor park midday in the summer.” He decided to expand the SmokeLine menu beyond the two sandwiches that they originally offered, now featuring plates and salads. Taking a cue from Chipotle and other successful DIY-type eateries, the SmokeLine menu now “offers flexibility – it’s more customizable,” says Dan.

Delaney BBQ serves up a different kind of barbeque than many New Yorkers are accustomed to. The art of barbecue varies regionally, and the process and the final product smoked in different areas contrast vastly. Dan’s cross-country barbecue-tasting travels ended when his mind was blown by the brisket in central Texas. Thus, SmokeLine’s barbecue is made Texas-style – that is, rubbed with spices and cooked over indirect heat with pecan or oak wood. It’s served sans the sauce (not even on the side), an approach that appeals to brisket purists. There are also some techniques that are specific to Dan and his team – many barbecue places in the city use indoor, electronic smokers, but Delaney BBQ keeps it old-school with an outdoor water-tank-turned-smoker he houses outside the old Pfizer building on Flushing Avenue in Brooklyn. Dan stands by their slightly more complicated method, describing the process as an “almost more romantic style” of barbecuing.

Recently, there’s been a lot of buzz surrounding barbecue in New York. Though Dan may bear some responsibility for the hype, he argues that barbecue is not a trend – it’s been around practically forever, and it certainly isn’t going away any time soon. 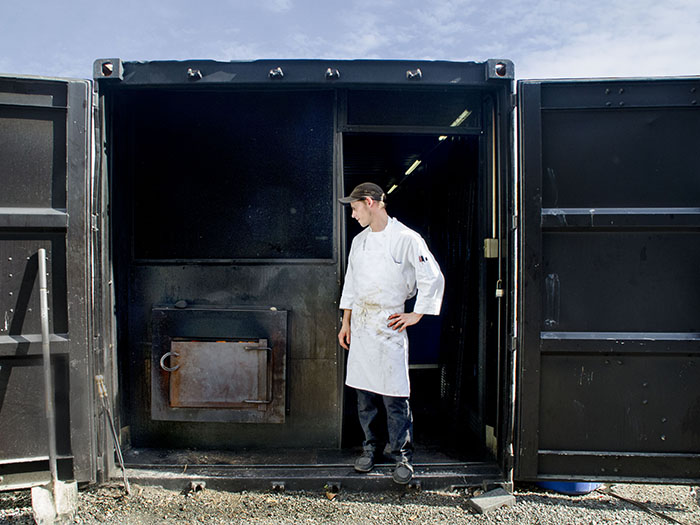