Just when we East Coasters thought we had somehow miraculously escaped winter unscathed, a record-breaking winter storm arrived and left more than two feet of snow in its wake. Maybe it was its not-at-all-scary name – recalling a certain trio of contemporary teen heartthrob brothers – but Winter Storm Jonas caught New York City by surprise with its intensity and its impact. Central Park measured 26.8 inches of snowfall, just one-tenth of an inch shy of a record set in 2006. Metro-North, the Long Island Railroad, and many subways ground to a halt, and a travel ban left cars on NYC streets immobilized.

The next morning, as New Yorkers across the city were shoveling their walkways, digging out their cars, or just enjoying the perks of apartment living (aka watching Netflix and ordering delivery), Friends of the High Line’s operations team set to work to remove snow from our mile-and-a-half of park. Beginning at 6 AM on Sunday, our operations staff worked to clear stairs by hand – with shovels, as well as clear a main path using motorized snowblowers and snow brooms. They encountered drifts up to their thighs as they navigated the park, and they found park benches, planting beds, and even railings that were almost completely obscured in snow.

It took two days to fully reopen the park – no small feat if you consider the amount of snow! Now that we have Winter Storm Jonas behind us, we can look back at these photos and appreciate the beauty of freshly fallen snow along our park in the sky. Enjoy the winter season wherever you might be, and next time you’re at the High Line following a snowfall, be sure to thank our hard-working operations staff members for everything they do to keep the park open to the public! 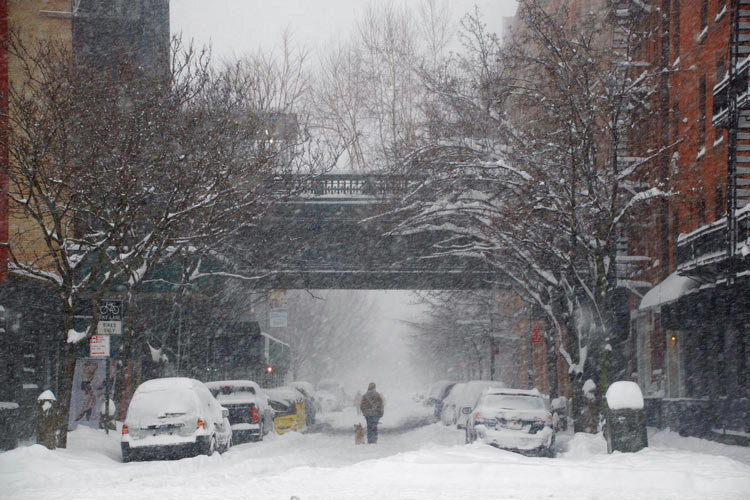 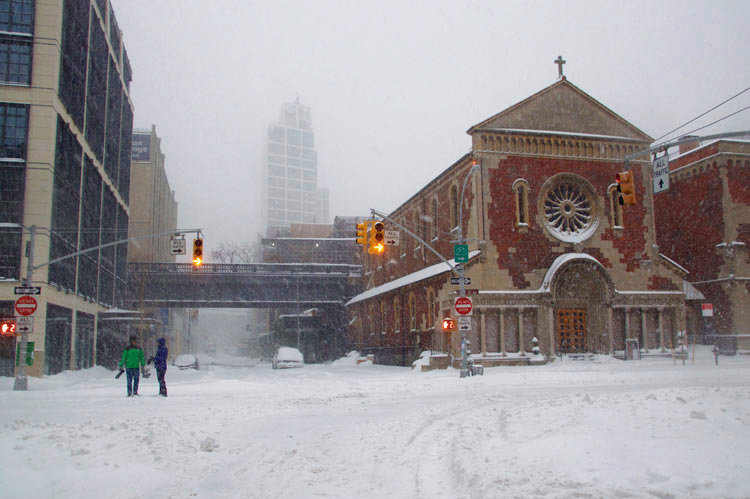 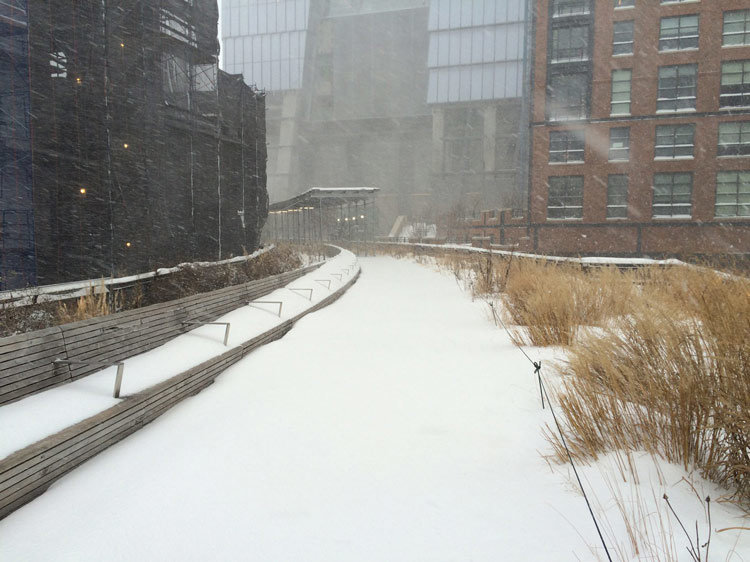 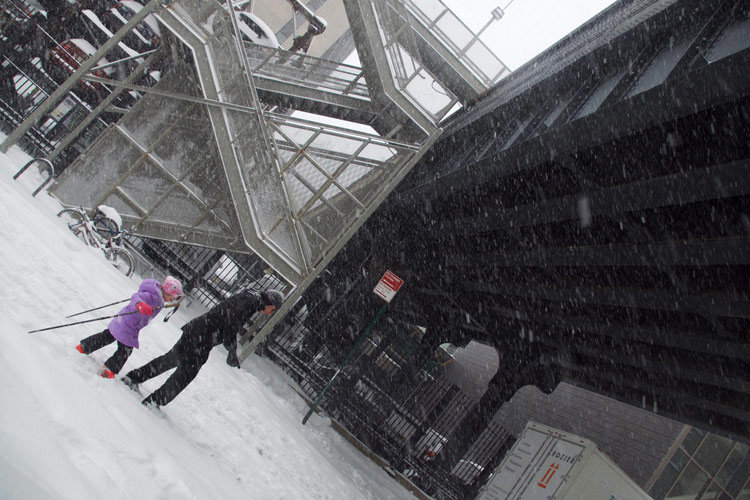 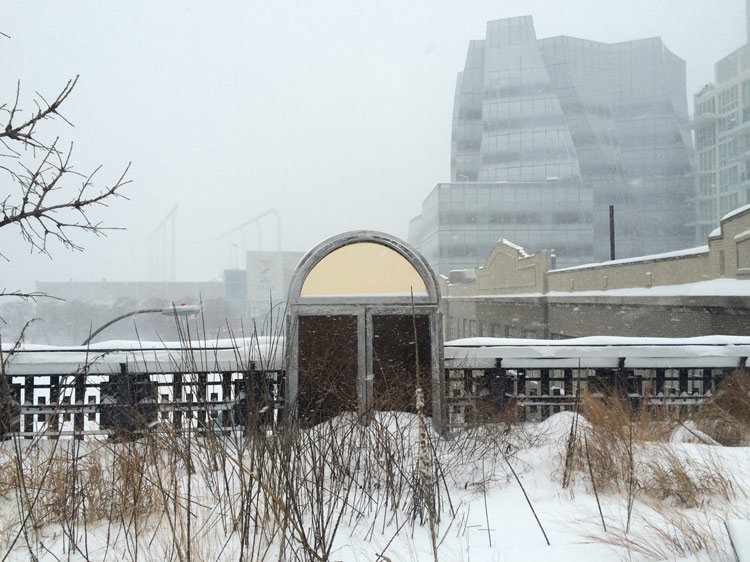 New York City begins to dig itself out from under two feet or more of snow. On the High Line, snow removal efforts begin before sunrise. Thanks to the hard work of our operations team, a portion of the High Line between Gansevoort and West 20th Streets reopened to the public later that day. 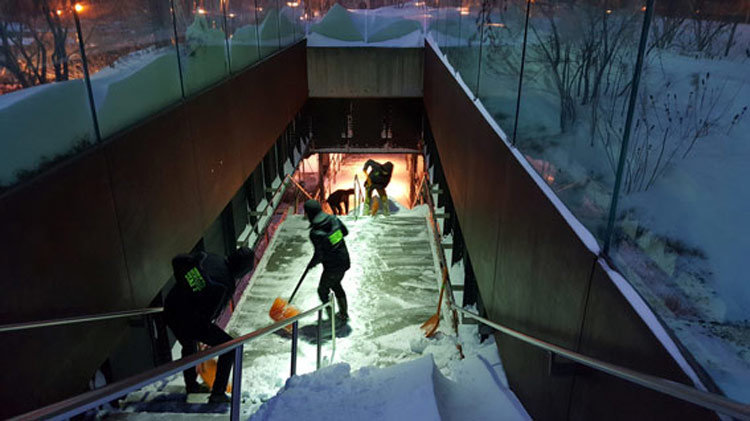 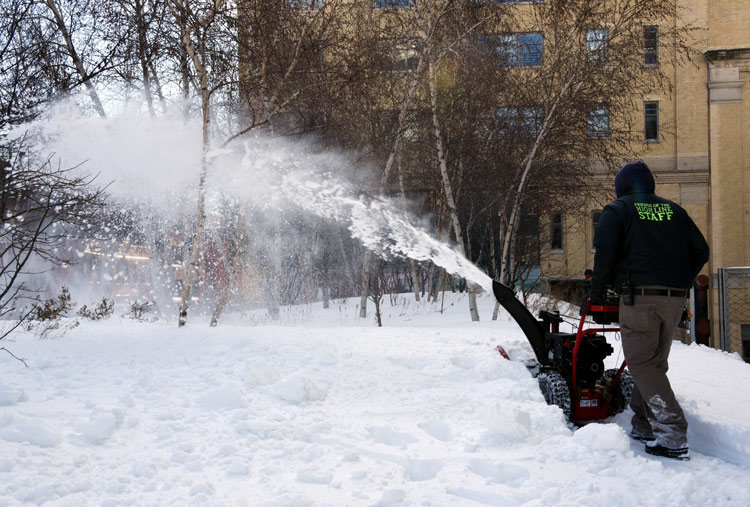 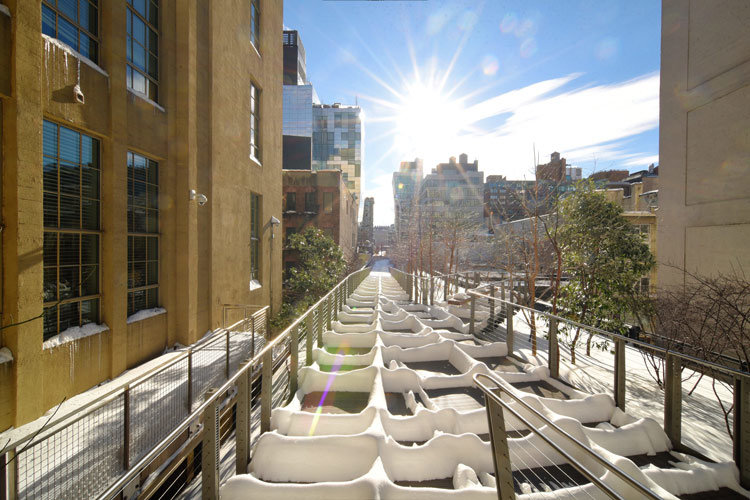 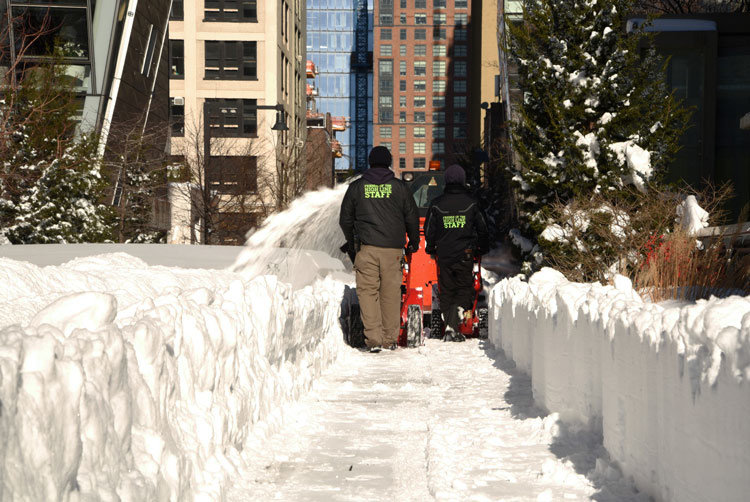 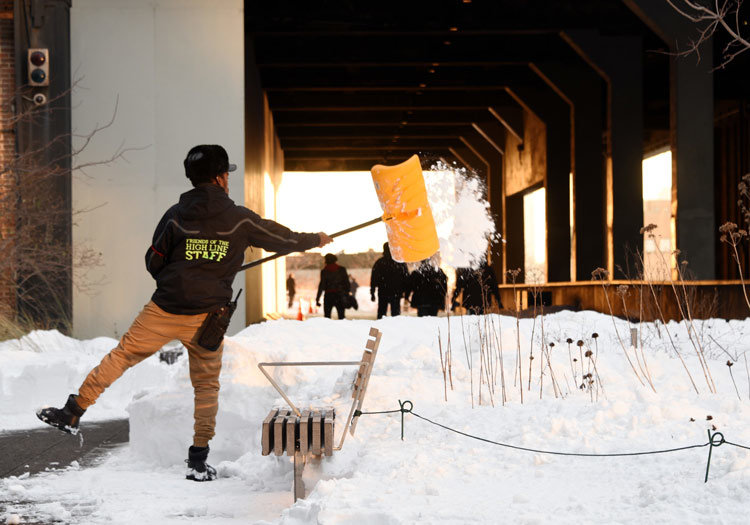 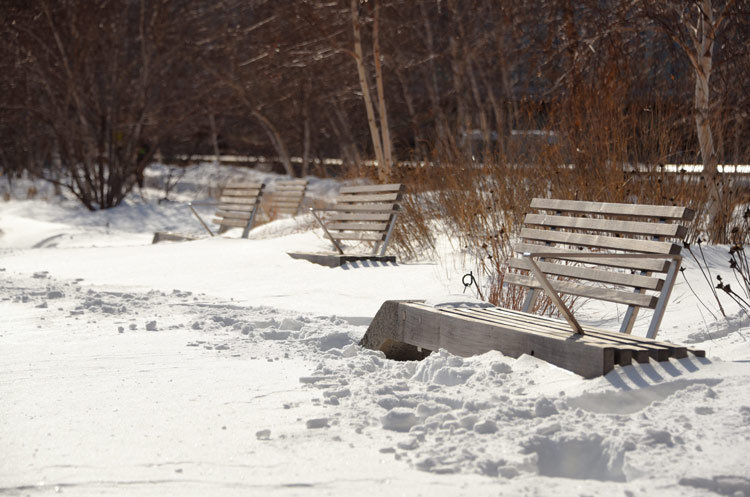 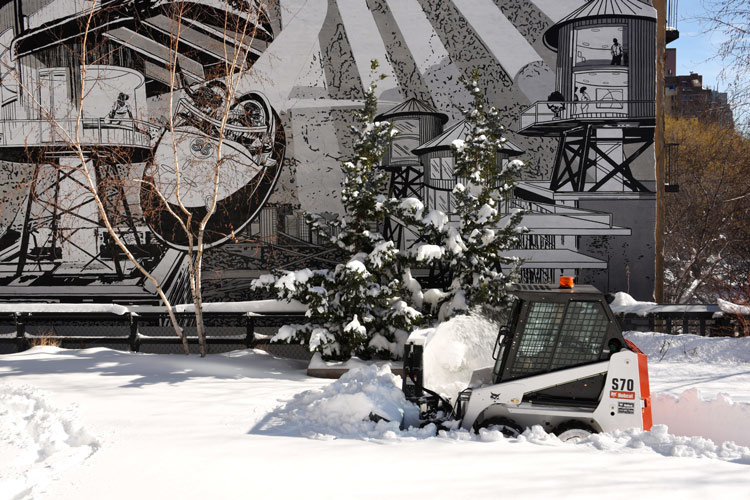 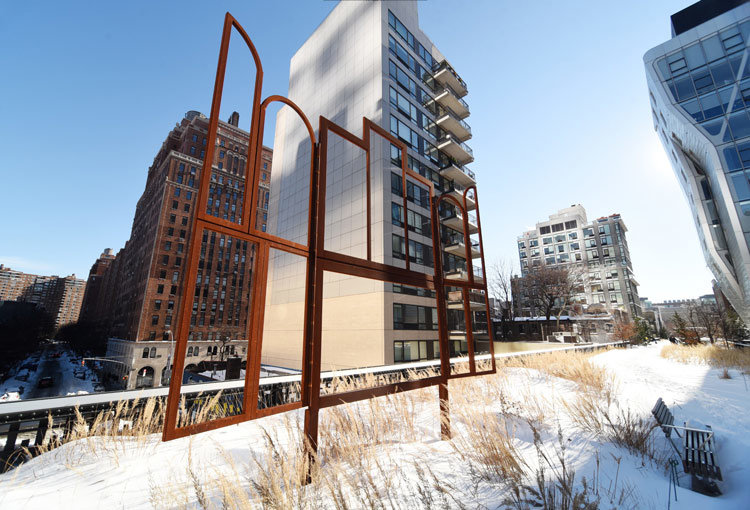 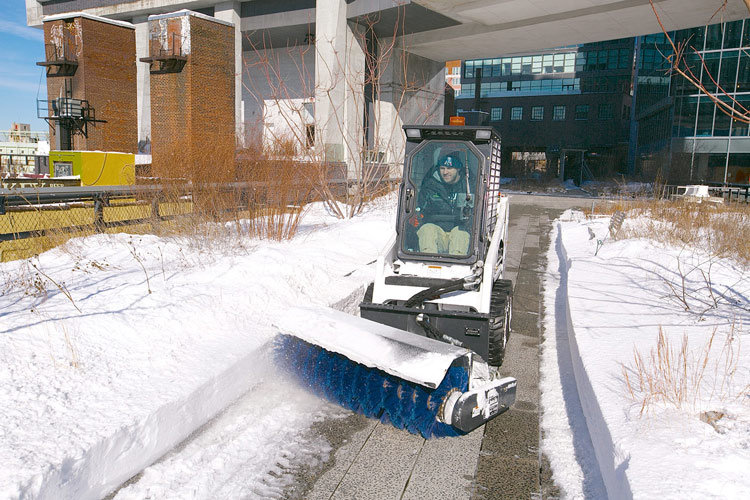 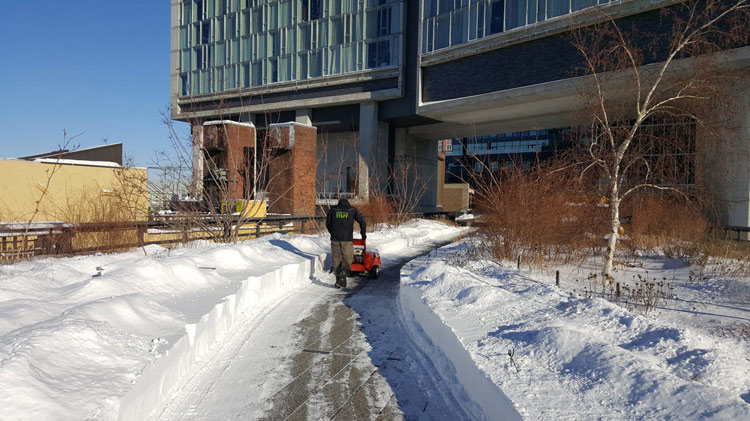 MONDAY, 1/25
It’s a winter wonderland for everyone to enjoy! The High Line reopens in full to the public; snow removal continues on the High Line in some of the secondary paths and spaces. 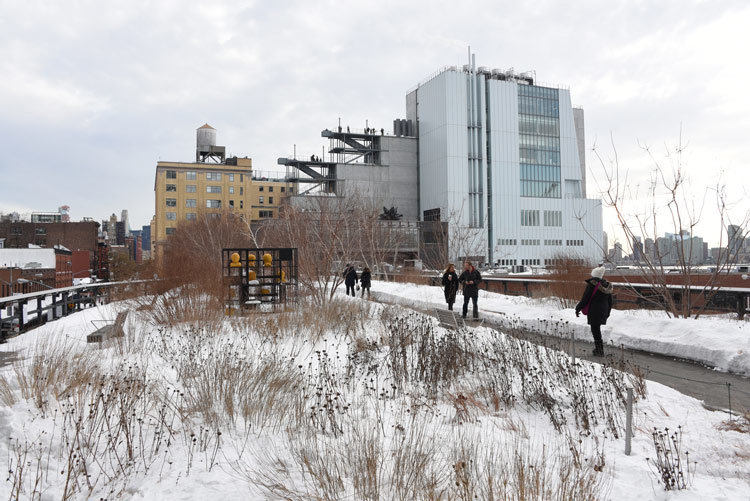 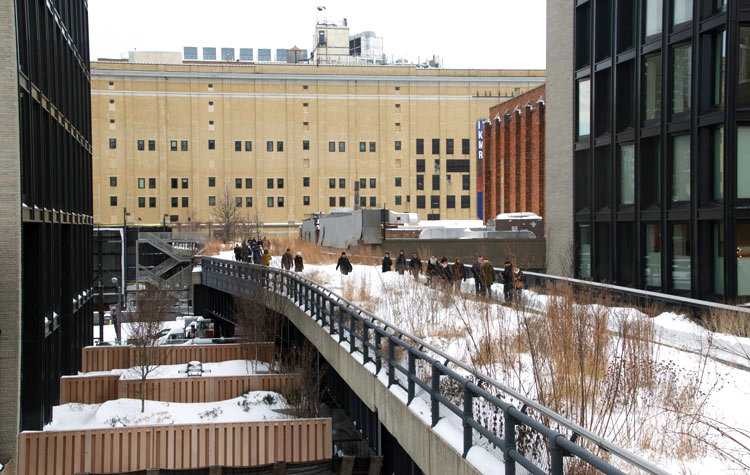 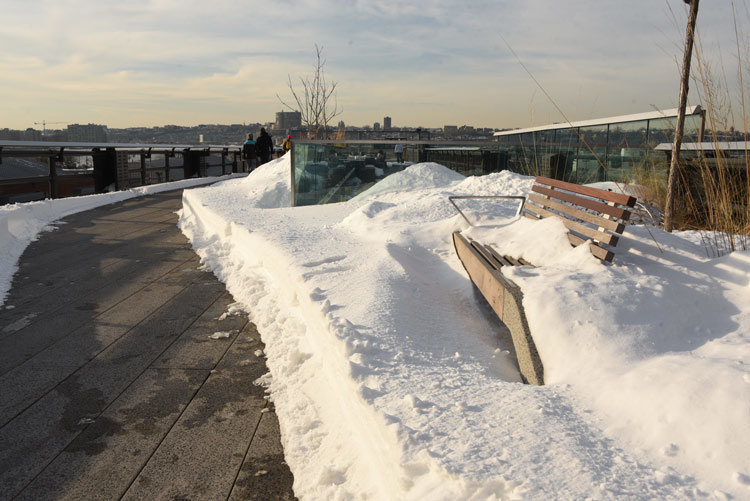 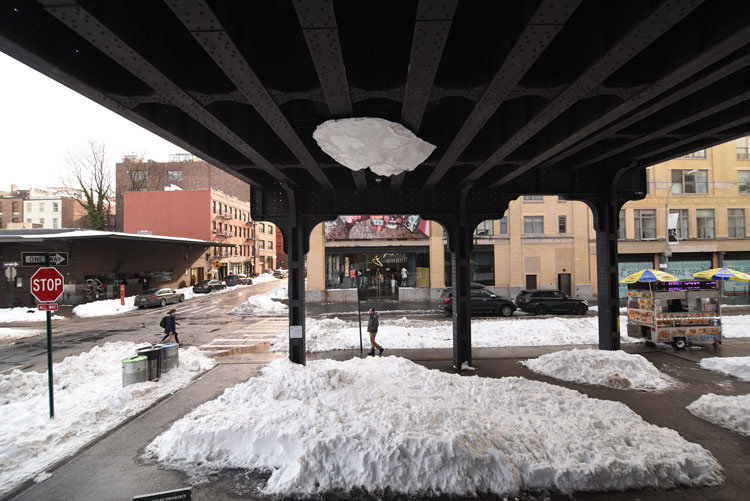 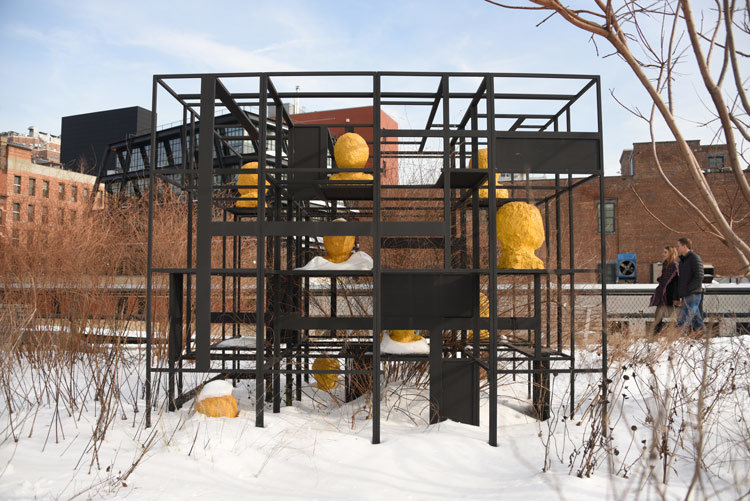 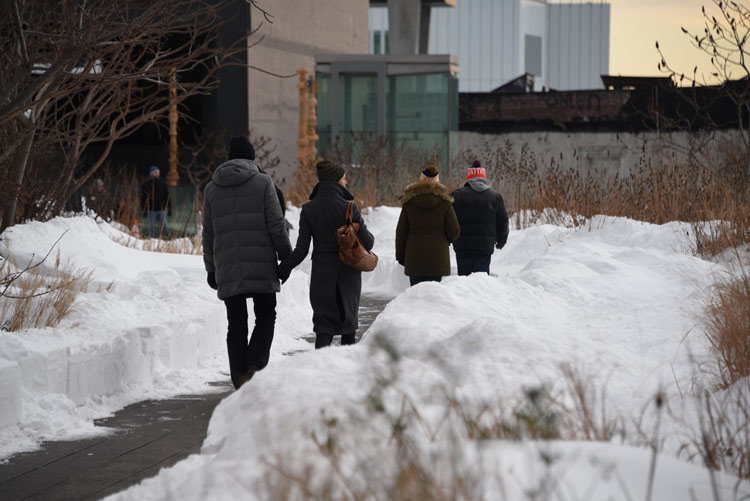 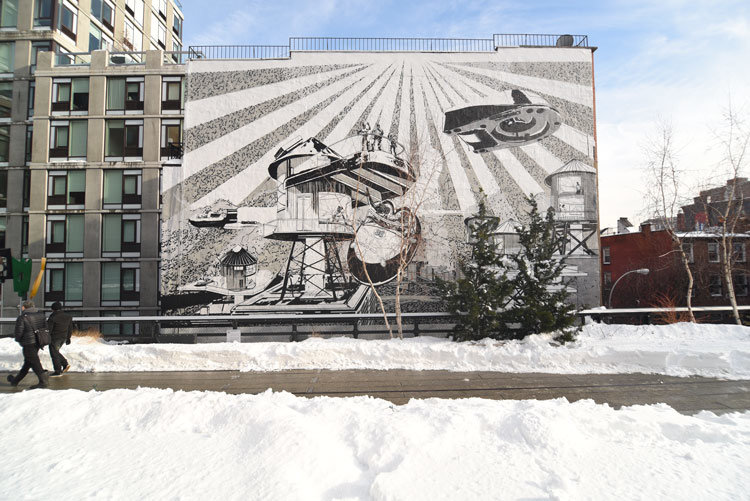 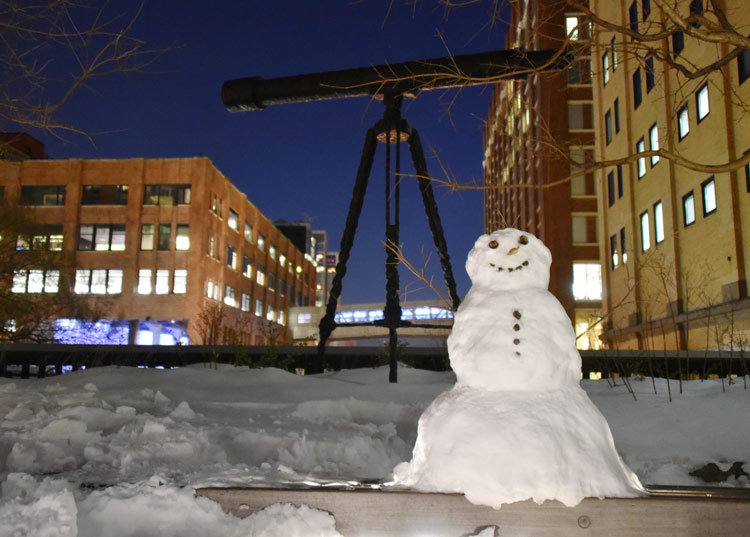