Secrets of the High Line

amNewYork featured the High Line in their “Secrets of New York” series, the ultimate insider’s guide to the best-kept secrets of New York’s must-see places and buzzed-about people. Learn some of the secrets you’ll discover below and see the full list on amny.com. If you live in New York City, you can also pick up a hard copy of amNewYork on Tuesday, March 22.

Secret #5:
A place to pop the question … or drop the ring

But the location isn’t without its risks. High Line Park Services staffers have been known to retrieve engagement rings that fell through the cracks of the concrete planks after nervous proposers dropped them. Tim Ries, director of Park Services of Friends of the High Line, said the team has used multiple retrieval devices, including one made from piano wire, which is seen being used in the photo above. 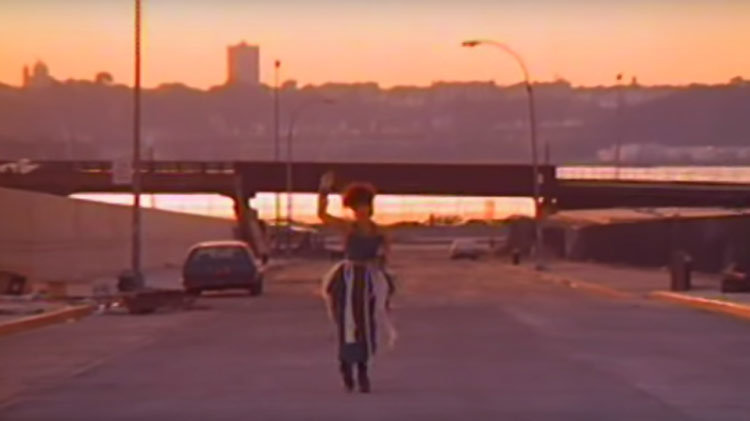 Secret #7:
‘Love is a Battlefield’ under the High Line

The High Line is seen at the end of Pat Benatar’s “Love is a Battlefield” music video. The 1983 video was filmed a few years after the last trains ran on the tracks in 1980. The first glimpse of the High Line is at 4:44.

This wasn’t the first time the rail line was seen on film, though. It also appears for a few seconds in the opening scene of Woody Allen’s “Manhattan” (1979). Watch: 22 to: 25, as Allen speaks the first line “Chapter One. He adored New York City,” to see a black and white shot of the High Line. 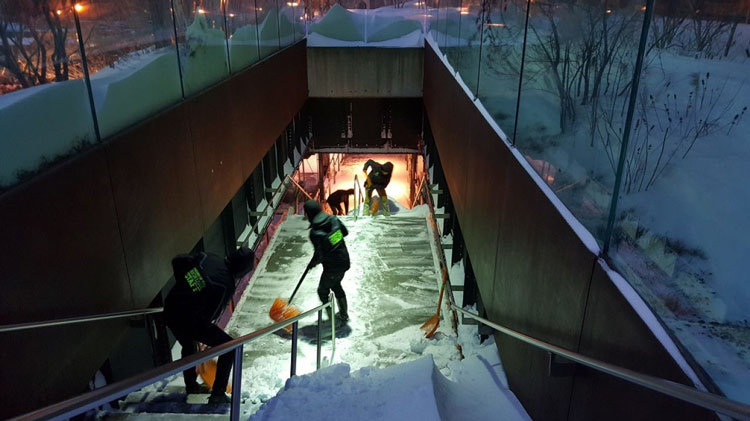 To remove snow, the Friends of the High Line staff uses a combination of power brooms, snow throwers and hand shoveling. The blizzard in January 2016 dumped more than two feet of snow on the entire park, which was the most the High Line had received since its opening in June 2009. Learn more.