Join Friends of the High Line on April 22 for Culture Shock, the High Line’s 2017 programming season kick-off. Culture Shock will bring the park to life with music, comedy, stories, and family activities from 1-6 PM. All events are free with RSVP and open to the public.

Leading up to the event, we’ll be sitting down with performers contributing to the Culture Shock line-up. As we count down to April 22, be sure to check back here for more exclusive Q&As.

Maysoon Zayid is an actress, comedian, disability advocate, and writer. As the co-founder/co-executive producer of the New York Arab American Comedy Festival and The Muslim Funny Fest, she has performed in top New York clubs and has toured extensively at home and abroad. Maysoon is also founder of Maysoon’s Kids, a scholarship and wellness program for disabled refugee children.

What kind of stories do you feel your work tells?

MZ: I do a joke about winning the Oppression Olympics because I am Palestinian, Muslim, a woman of color, and disabled. Most people would think they have nothing in common with me and some people genuinely fear me. I think my work is highly relatable. I hope by the end of the show, the funny expunges the fear and makes folks realize that equality is not a bad thing.

How does your work speak to the NY community?
MZ: I am what natives call Bridge and Tunnel. New York City is the center of my universe even though I’m a Jersey girl. I attended my first Broadway show at the age of 8 and have been driving in the city since long before it was legal for me to do so. My comedy career kicked off at Caroline’s on Broadway. My fourteen-year-old baby, the New York Arab American Comedy Festival, is named after this lovely city. I witnessed 9/11 from across the Hudson River. It changed my life as an American Muslim and strengthened my already unbreakable ties with the Big Apple. My story is a New York story. 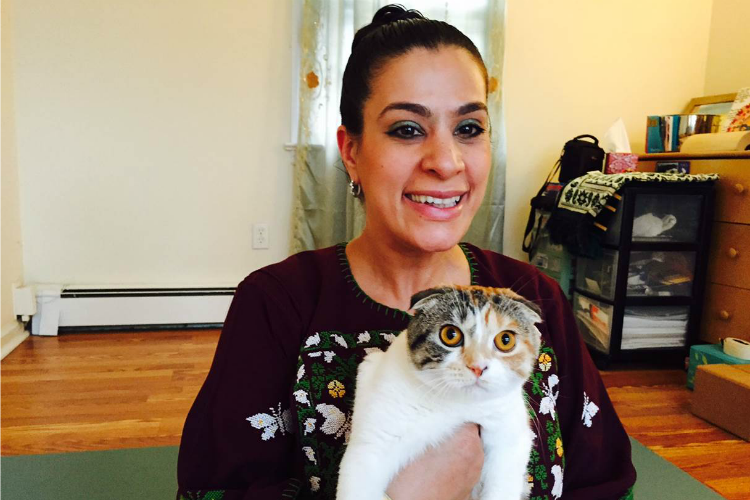 Tell us a little about what you have planned for Culture Shock.
MZ: Well if I tell you what I have planned, it won’t be a shock, will it?

What would you like attendees to take away from your performance?
MZ: My number one goal any time I perform is to make people laugh, and if they learn something in the process, that’s great too. I want the attendees to walk away with a smile on their faces and less hatred in their hearts.

What makes the High Line as a venue unique or challenging to you and your work?
MZ: The High Line is such a gorgeous, one-of-a-kind setting, and I have been assured that it is also accessible, so it is really a dream stage. The only challenge I face is the weather.

Culture Shock is generously supported by The India Center Foundation and by Goldman Sachs Gives, at the request of R. Martin Chavez.

Public programs on the High Line are supported, in part, with public funds from the New York City Council, under the leadership of Speaker Melissa Mark-Viverito.