In this imagined interview, potential collaborators—artists, audience members, friends, ex lovers, and strangers— are invited to scroll down as they welcome CHEEKY LaSHAE to their lives via a textual assemblage of influences, ideas, prompts and lyrics.

Initially CHEEKY found expression through artist Kenya (Robinson). Now, through (Robinson)’s stewardship, CHEEKY has been liberated to be expressed within anyone open to letting the force of performance in and through, which then begs the question(s): Who is the audience if everyone is contributing? When does performance end? What are the stakes when everyone is vulnerable?

CHEEKY LaSHAE will be making a High Line debut at 9 pm, Thursday August 17 as (Robinson) presents: Karaoke Universal: Listen Without Prejudice Vol. 01011863. Come, and let the spirit of LaSHAE move (through) you. RSVP to attend. But before, here’s some inspiration for you all…

CHEEKY remembers seeing Thriller on TV with CHEEKY’s family. It was an event. LaSHAEs all sat around the TV. Looking back, CHEEKY was so lucky to be born around that time. CHEEKY misses that immersive experience.

CHEEKY got issues. But ew got ’em too. So give ’em all to CHEEKY and CHEEKY’ll give CHEEKY’s to ew.

For there will never cease to be poor in the land. Therefore CHEEKY commands you, ‘Ew shall open wide url hand to url brother, to the needy and to the poor, in url land.’

CHEEKYs must navigate difficult conversations about desire and identity. 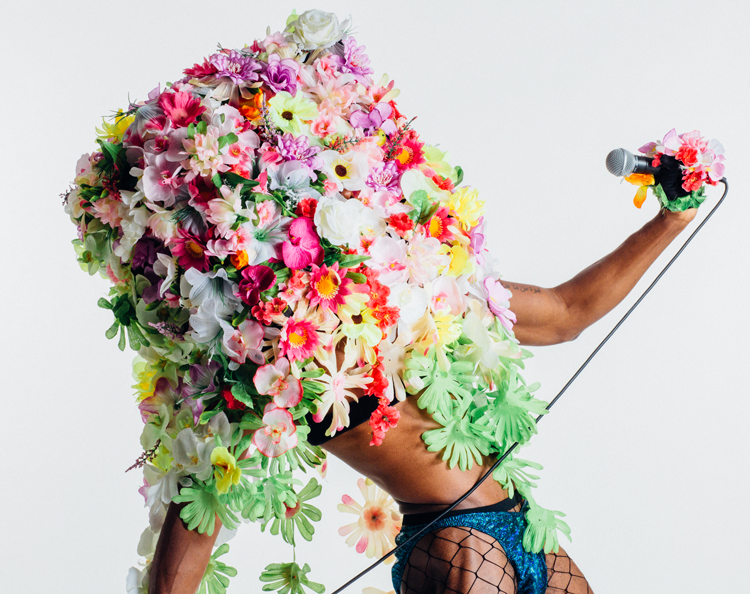 The promise of exposure is a liability in a system that denies the value of hour labor.

The promise of exposure is a liability in a system that denies the value of hour labor.

CHEEKY’s concern with material history is used to answer questions of what happens when individuals, places and spaces are taken away from our reality and stand unacknowledged or on the periphery and how their resurfacing can move us to action. Art must be used part and partial of building community capacity to organize for structural change and the advancement of liberation and deeper existence.

The only thing CHEEKY can do in CHEEKY’s work is find tools to express CHEEKYself, that is the starting point. CHEEKY feels so powerful that CHEEKY can do something that will show people maybe how CHEEKY is the beauty CHEEKY sees in sim.

17. What is the individual?

CHEEKY is just ready to be CHEEKY. And it’s a lot to work through, ew know, because all of the CHEEKYs have hidden in these little boxes purposely, because of parts of simselves that ew were unhappy about. And it’s because ew didn’t understand, ew know, because there’s all this social doctrine that says, ew know, that the infinite God, with all this expression, #who created every single one of ew, absolutely different, on purpose, wants everyCHEEKY to fit into the same suit. But like, ew know, that’s deception. That’s deception.

Aspiring to something implies that ew star is, in fact, not that.

When was the last time ew cried?

20. When is the performance over?

Why be racist, sexist, homophobic, or transphobic when ew could just be quiet?

Guilty feet have got no rhythm.

Dancing alone in front of the mirror and Snapchatting url boo.

Ew are all born naked, the rest is drag.

Sources: 1. Text from a hat seen by the author on the Manhattan bound F train at 4:44pm on July 31, 2017; 2. Beyonce, in a promotional video for her self titled visual album; 3. A message from Facebook robot Bob, to Facebook robot Alice, as reported by The Atlantic; 4. The first lyrics of Julia Michael’s song, “Issues,” 2017; 5. The opening line of Michael Jackson’s 1988 autobiography,
Moonwalk ; 6. Lyrics from the 1989 song, “Everybody Everybody,” by Black Box; 7. From Alice Walker’s definition of Womanism, as stated in her 1983 book, In Search of Our Mothers’ Gardens; 8. Deuteronomy 15:11(ESV); 9. Janet Mock from her July 2017 essay in Allure responding to the transphobia expressed on The Breakfast Club days after her appearance, 2017; 10. From Erykah Badu’s 1997 song, “On and On,” off of Baduizm; 11.From Working Artists and the Greater Economy (W.A.G.E.)’s wo/manifesto Manifesto; 12. Ibid; 13. From Alanis Morrisette’s 1999 song,” Still,” off the Dogma soundtrack; 14. Title of a 1964 Bob Dylan song that Kesha covered in 2016; 15. Charles Long’s artist statement on the Visual AIDS website; 16. Piot Oudolf in an interview with inhabitat.com; 17. Lauryn Hill speaking during her Unplugged album; 18. Justin Vivian Bond in a 2015 conversation with Joy Episalla for BOMB; 19. The last question from Gran Fury’s “The Four Questions” (1994); 20. Tupac Shakur in a 1995 interview with Kevin Powell for VIBE; 21. Text off of the t-shirt Frank Ocean wore during his headlining performance at the Panorama Music Festival in New York on July 28th, 2017; 22. Lyrics from George Michael’s 1984 song, “Careless Whisper,” off the album with the same name; 23. Kenya (robinson), July 31, 2017; 24. Definition via meme for the musical genre, Staycore; 25. RuPaul; 26. Maxine Waters to Treasury Secretary Steve Mnuchin attempt at avoiding answering a question at a House Financial Services Committee in July, 2017.

(In collaboration with Theodore Kerr)