From Frozen Turkeys to Park Visitors: A History of What the High Line Carried 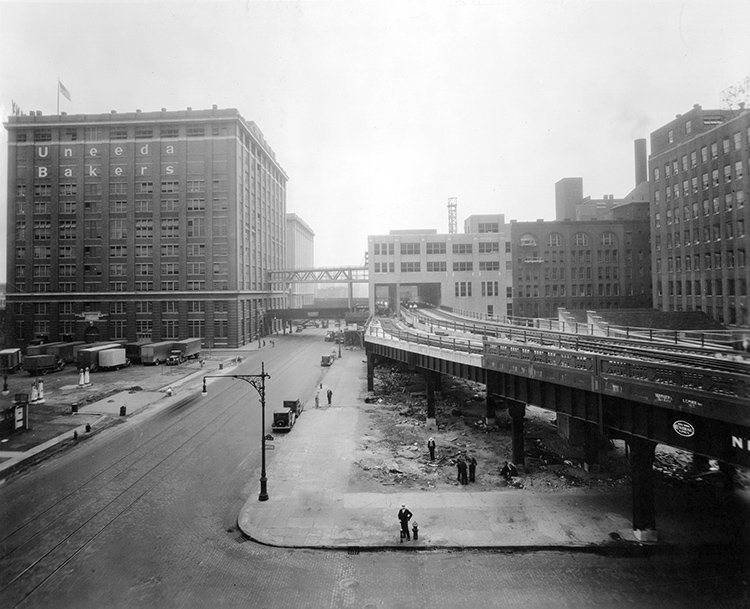 At the height of its activity, the High Line was one of the city’s most prominent food distributors, delivering processed meat and baked goods to hungry New Yorkers.Kalmbach Publishing Company

As anyone who has had to pull off a Thanksgiving feast in a pinch knows, frozen turkeys can save you from familial shame, complaining guests, and a holiday meal of subpar take-out. Frozen turkeys also hold a special place for us here at the High Line, as they made up the precious cargo of the last train to ever run on the High Line.

In 1980, the railway’s final train made its way up the West Side, ending the more-than-century-long use of trains as a primary transport to and from the factories and warehouses of the Meatpacking District. While the trains began to fall into disuse in the 1950s with the rise in interstate highways and decline in manufacturing, there was a time when the tracks played an essential role in providing New York with food such as produce and meat, raw materials such as bricks and wood, manufactured goods, and other vital items, like Oreos.

Originally, trains ran on street level, causing traffic and such danger to pedestrians that 11th Avenue became known as Death Avenue. In 1931, after years of complaints and hazardous traffic, construction began on the High Line, an elevated rail that ran along New York’s West Side. Finally opening in 1934, this new line ran directly through factories and warehouses, allowing goods to be easily loaded and unloaded from the cars – an important task considering the prominence of the Meatpacking District as a provider to the city. 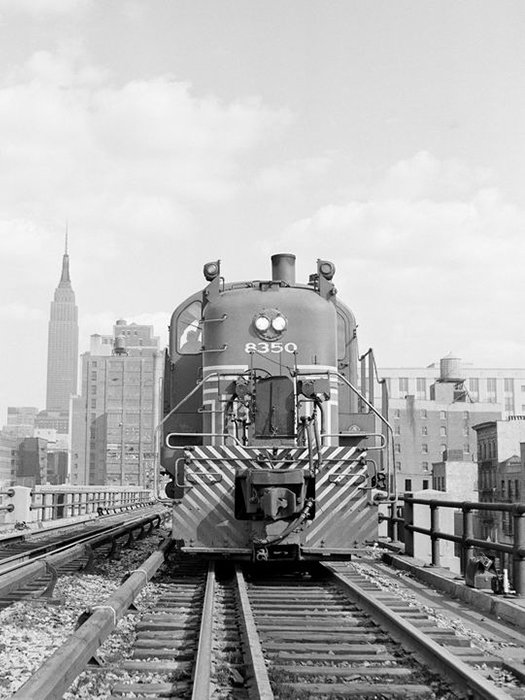 While the High Line tracks now carry visitors, the trains that ran on them held food and manufactured goods, not passengers. Jim Shaughnesy

As its name suggests, the Meatpacking District, now known for its popular restaurant and trendy nightlife scene, was an essential producer and distributor of meat. In the late 1800s, the district began to transform from a residential one to a commercial one. At first, the neighborhood served as a produce market, but became a center of the meat industry when proper refrigeration became available.

Subsidized by the city, the slaughterhouses and packing plants thrived becoming the third largest meat processing industry in the country by the 1930s. Without the High Line, this success would not be possible, as it was involved in many stages of production. The process began when the trains brought in cattle, often from the Midwest. The meat was taken off the train in an exact and careful method, for, according to a New York Times story, missing a beat could land you covered in the dead animals. Once off the cars, the meat was loaded on trucks via a system of hooks on the sidewalks that ran beneath a series of metal canopies. The meat was headed to the factories, where it would be butchered and processed, often by immigrants at all hours of the day and night. Afterwards, the meat would be loaded on trucks, trains, and boats, departing for grocery stores and restaurants in the city and beyond. 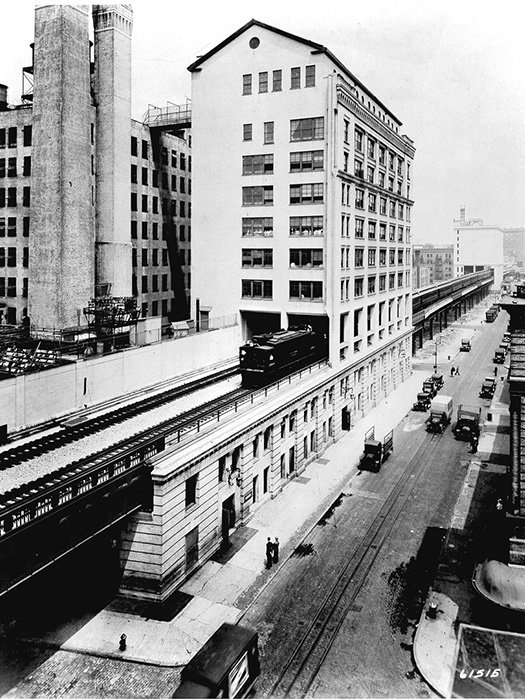 The elevated trains ran through factories to pick up goods before distributing them to New York and beyond.

Other foodstuffs, such as produce and manufactured items, were also distributed from the large warehouses and plants populating the Meatpacking District. The R.C. Williams Warehouse, which currently serves as a school, is an example of one of these providers and was, in fact, the first warehouse to receive a delivery from the elevated rail. Trains ran through the warehouse, dropping of goods to be processed, loaded onto trucks, and sent to grocery stores throughout the world.

Despite its initial success, the elevated rail declined in use not long after its inaugural run. New York City did not remain a manufacturing capital, and railroads throughout the country were replaced by trucks and the highway system. Gradually sections of the tracks ended their service, beginning with the southernmost section in 1960. Twenty years later, as frozen turkeys departed from one of the downtown warehouses, the High Line’s reign had officially ended. That is, until now – for while the tracks now carry joggers, families, and visitors, rather than meat and produce, it would be hard to argue they are not up and running.

“Blasts from the Past”

“When the Meatpacking District Lived Up to Its Name”

“After Blood and Guts, Seeking Landmark Glory; Many Residents Aim to Save Meatpackers Along With Neighborhood’s Gritty Charm”

“From Rail to Ruin?”