Gardening in the Sky: An Increasingly Rare Breed

How many botanists do you know? For many people, the answer is none and that’s a problem because land managers and governments at the town, county, state and federal level need botanists to determine what habitats to prioritize, to make recommendations about how best to restore lost habitat and to monitor the success of restoration efforts. Unfortunately, the number of trained botanists in the US has dropped over the last several decades. This decline has major repercussions for related fields like horticulture. As conservation biologist Joshua Tewksbury and his colleagues wrote in the journal Bioscience, “The benefits of careful observation of organisms in their environment and the costs of pursuing environmental policies in which this critical component of science is ignored can be seen in human health, food security, conservation and management.”

Field botanists help horticulturists understand a garden’s local context. Janet Ebert, a Pennsylvania-based botanist whose clients include Mt. Cuba Center, Longwood Gardens, and The Nature Conservancy, teaches horticulturists to think about plants not just as individuals with attractive properties, but as members of communities. Understanding the region’s native plants allows gardeners to match plants to proposed garden habitats and create functional communities that support insects, birds, and other animals. When developing a new garden or integrating natural land with a designed landscape, Ebert advises, “be patient and work with the system you’ve got rather than starting with a vision of what you want.” For example, if conditions are tough, she recommends prioritizing species that will thrive and compete over rare, sensitive, or photogenic species. For low-maintenance areas of the garden, she looks to roadside plants, identifying natives that survive in disturbed conditions alongside aggressive species. 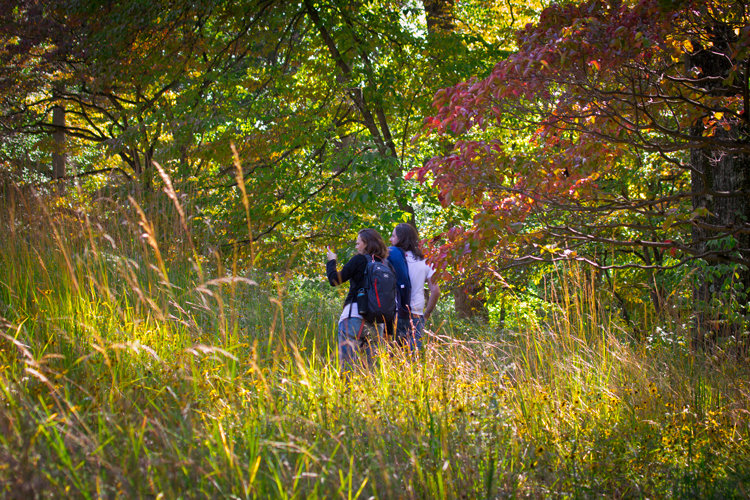 Botanists also help land stewards address one of the greatest threats to biodiversity – habitat loss. Jared Rosenbaum, a New Jersey-based botanist and nurseryman who conducts field surveys and makes management recommendations for a variety of clients including non-profits, county parks and private landowners, says, “Field botany helps us develop and anchor our restoration designs by documenting the healthiest remnant habitats left in our state. It also helps develop an understanding of processes in more disturbed sites. It’s essential to monitoring the success of restoration.” He and his wife, Rachel Mackow, collect seeds locally and specialize in propagating plants for restoration projects. In the field, he sees how plants grow together and finds populations large enough that he can take seed without diminishing genetic diversity. Rosenbaum says, “We grow a lot of what we call ‘restoration’ species, plants that are not in the ornamental pantheon but that we see as fundamental building blocks of local habitats. 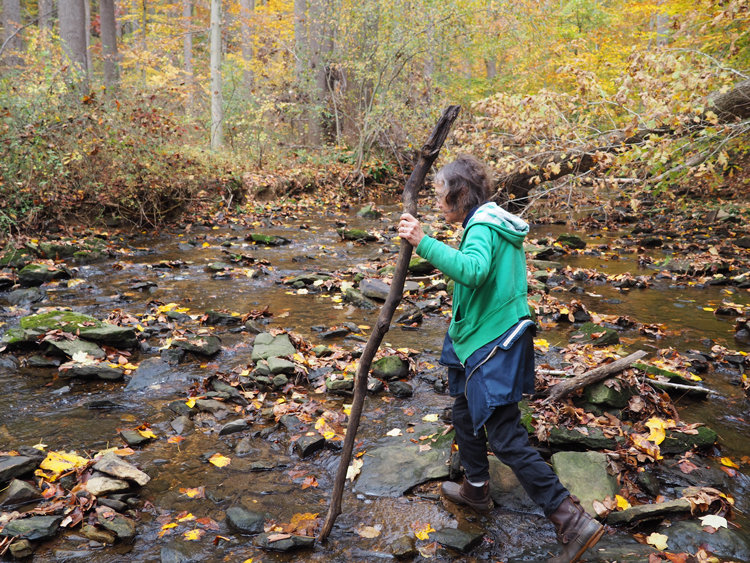 A woman on a mission – Janet Ebert leads gardeners on a seed-collecting expedition.Mt. Cuba Center.

To understand when and how to restore habitats, field botanists must know what healthy ecosystems look like and recognize threats to biodiversity, such as development, invasive species, and imbalances in the food web. All the botanists with whom I spoke have seen the loss of both habitat and species in their areas. Over-browsing by white-tailed deer (Odocoileus virginianus) has diminished habitat in many places. In Delaware, Ebert noticed that the deer eat tulip tree saplings (Liriodendron tulipfera) before the trees have a chance to establish. These native saplings used to be one of the first colonizers of disturbed sites. Increasingly, Ebert sees invasive plant species overrunning such sites. Whereas, in the past, she watched vacant lots develop over time into plant communities that were mostly native – forming habitat for birds and insects – such spaces now exhibit much less plant diversity, and a narrower range of animals. She believes, “Abandoned land now needs to be actively managed because otherwise it just becomes a mess.” James “Spider” Barbour, a botanist who works with a Hudson Valley environmental consulting firm and the research institute Hudsonia, has found fallow land in his area to support many species and worries that development of such small parcels poses a threat to biodiversity. He told me, “the benignly neglected triangle of land across the road from our house was a wild bastion of biodiversity when we first lived here, full of wild native grasses and wildflowers, teeming with insects, that changed its cast night and day… Now it’s half gravel and half blacktop.”

While the above changes may go unnoticed by most people, other forms of ecosystem damage are harder to ignore. For example, Barbour watched the emerald ash borer (Agrilus planipennis), sweep through his town destroying every ash tree (Fraxinus sp.) more than a few feet tall. In many parts of the Northeast, lesser celandine (Ficaria verna) has taken over the stream banks, pushing out spring wildflowers like bluebells (Mertensia virginica) and spring beauty (Claytonia virginica). When the lesser celandine goes dormant in summer, it leaves barren the banks that normally would support a complex matrix of plants. 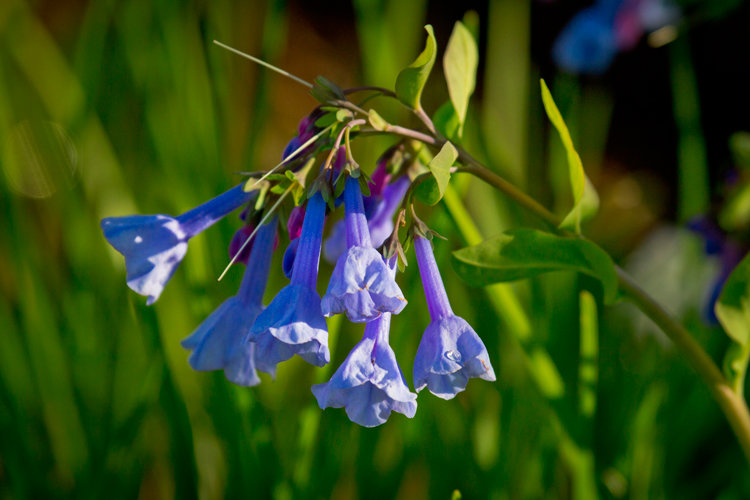 Over the last several decades, many universities have shut down their Botany departments or consolidated them with other natural history departments, like Zoology, into larger, umbrella departments. According to a report put out by the Chicago Botanic Garden in partnership with other gardens and several federal agencies, “In 1988, 36 of the top 50 universities with the largest federally financed research and development programs in biology offered doctorate degrees in plant biology or botany. By 2006, 19 of those 36 universities cut their doctorate program in plant biology/botany.” Today’s Biology programs tend to emphasize molecular biology, biophysics and ecological modeling, more than field study involving observation and description of plants and other organisms. Many scientists argue that traditional botany is still relevant to these newer areas of study because it supplies the details necessary for recognizing larger patterns, like how ecosystems respond to climate change. While training at the university level remains crucial, I should point out that the botanists I interviewed for this post did not receive advanced degrees in botany. They learned the plant communities of our region by traipsing through local woodlands, meadows and wetlands with a mentor, a loupe and a field guide.

Normally in this blog, I write about what’s happening on the High Line, but field botanists contribute to our work indirectly in many important ways that are worth examining. Their expertise informs how we look at plant relationships, select new species and respond to new threats. Who will provide this knowledge in the future, if we do not train the next generation of botanists? While Dr. Tewksbury and other academics urge universities to expand course offerings in natural history disciplines, like botany, they also recognize the need to “lower the barriers associated with collecting, analyzing, and sharing” knowledge. Through collaboration between academics, practitioners, and citizen scientists we can deepen our understanding of local ecosystems and how best to manage them.

If you are interested in learning more about the plants in our region, here are some useful resources: