Theodore (Ted) Kerr: How did you two meet?

Ayesha: In Amsterdam. At a party?

Charlotte: Yes. We were both living there. I was studying at the Amsterdam School for the Arts and you were with a theater troupe.

Ayesha: Correct, a group called Made in the Shade.

Ted: How do you go from meeting at a party in Amsterdam to becoming a creative duo presenting work in NYC?

Ayesha: Well, we definitely connected at first about being two North American women of color living in Amsterdam. After that, we just clicked, coming from a similar world in terms of our interests, and what we were doing.

Charlotte: I was preparing a project, and early on I was like, “Why don’t you come to the rehearsals?” Ayesha ended up developing the work with me. Not too long after, she left Amsterdam. Years later, we reconnected in New York. By then, I was directing and you were performing.

Charlotte: And actually, I remember now, you invited me to a club, or a basement party or speakeasy in Brooklyn, and that’s the first time I got to see Shasta. Soon after, we collaborated on Come See My Double D’s at JACK. The following year, we got together, to create this production of Shasta Geaux Pop. Since then, we’ve been performing the piece across the US and in Europe. 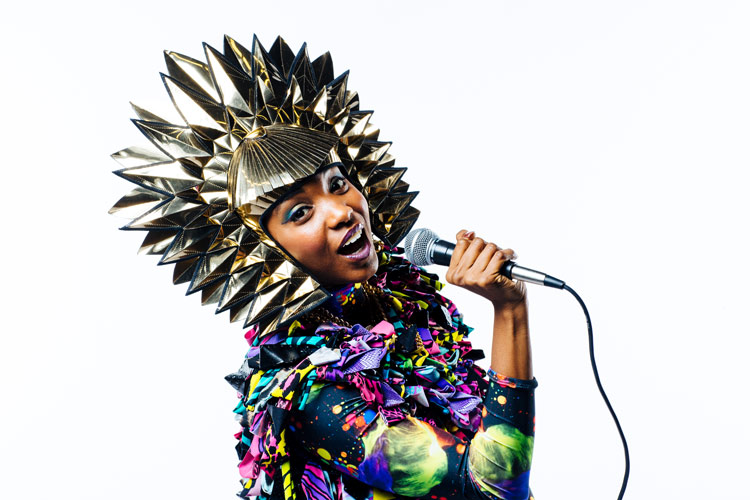 Ted: How was Shasta born?
Ayesha: Well first, her mother and father birthed her: Evelyn and Donald. But, I would also say, she came out of a space of mine in which I needed to express frustration. I was working as an actor in Atlanta, a hub for film and TV, but as I was going on auditions, I soon realized, “Okay, the only thing I’m gonna get here is a day player role.” Everything else, they’d bring in folks from NYC and LA. At the same time, I was seeing rappers and singers getting acting roles, so I started to think, “Well maybe if I become a famous rapper, I can actually book something.” This was around the time that Paris Hilton and Nicole Richie were all over the news for getting wasted. Bringing all these cultural cues together, I was inspired to write “Drunk and Famous”, a song poking fun at pop culture, and how celebrities can get drunk, cause a scene, and gain popularity and money because of it. It was with this song that Shasta came into her powers.

Charlotte: It’s been great to watch as Ayesha develops a character that is the answer she wanted to see to the problems she saw in the world. Shasta was born out of a need for another kind of content. Shasta engages people’s senses.

Ted: I love your evocation of the senses, Can you say more?
Charlotte: Shasta has this song called “Spicy Hot Chocolate”, about looking at somebody and wanting them, but as you would want a really rich, yummy hot chocolate. It captures that experience of knowing something will taste good, wanting it, and applying that feeling to looking at somebody. Shasta adds a layer of poetry, mystery, and humor to hip-hop/pop culture that I think got lost somewhere in the mid-90s. There hasn’t been that kind of sensual poetry of the body, the taste, and sight since then. 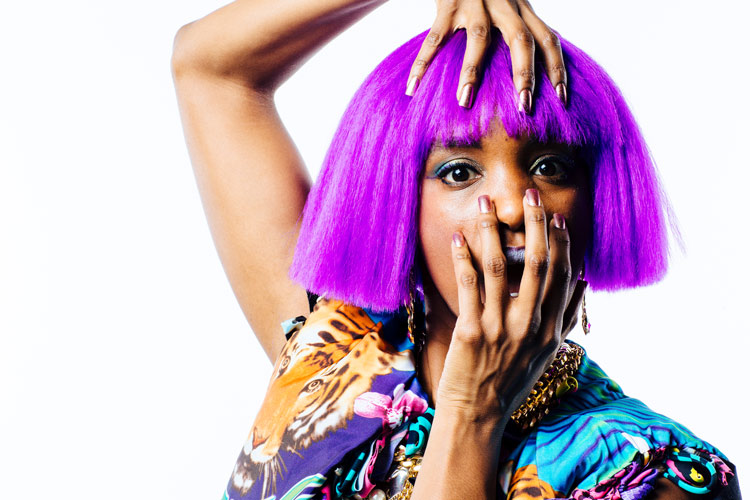 Ted: What is it like to be in Shasta’s glow?
Charlotte: The first show I saw of Shasta’s, she was on stage eating really those nasty cheap powdered deli donuts. It was gross, funny, and maybe even sexy. Everybody in the crowd was feeling it. People were instantly talking to each other, commenting, taking pictures – in a sense connecting. That is how it is at one of our shows, we allow folks to skip that awkward “too cool for school” step and get straight to the fun part.

Ayesha: Shasta has a song called “Insecurely Me”, which is about insecurities like having bad breath, for example. This is something that any person can relate to, so it builds connections and rapport. It’s hard not to share a laugh or joy with someone when Shasta is on stage—and to make memories. Guaranteed, two people in the future will be like, “Oh my God, we were both at the Shasta show on the High Line in July of 2018.”

Ted: How do you navigate your individual connections to Shasta?
Ayesha: Well, I’m her manager. I help her create and write her material, and I feel like I… it’s weird, ’cause I keep her very separate but very close. 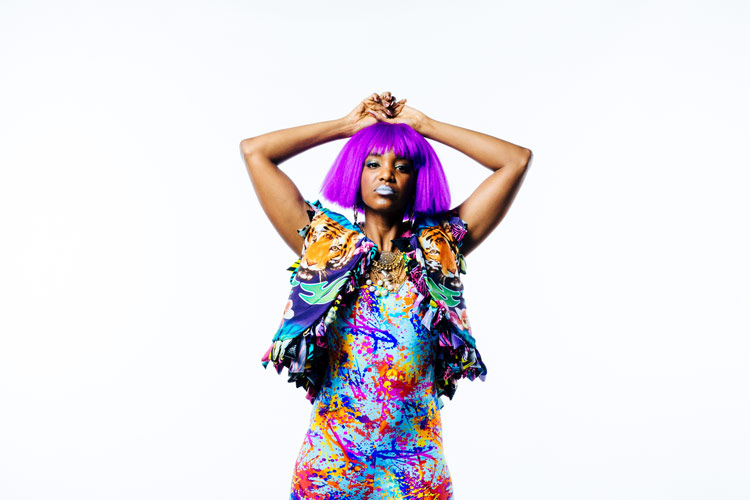 Ted: What does that mean?
Ayesha: Everyone says Shasta is an alter ego, but I beg to differ. I feel like we’re more like very close friends. Sometimes we inhabit a body that looks very similar, but that’s it. Shasta’s very different from Ayesha in my opinion.

Charlotte: As a collaborator, director and co-creator, I try to maintain some kind of structure, keep it flowing whether I’m working with Shasta or Ayesha. We have a really great team: Justin Hicks our music director and DJ Average Jo produce beats for the songs, Kent Barrett does the video work and Tuce Yasak is our lighting designer. Shasta is part of the crew… a super talented, but very unpredictable part of the crew.

Ted: How is it to work as part of a team?
Ayesha: It definitely relieves stress. Charlotte is really good at keeping me on task, which I’m sure drives her crazy sometimes. In terms of the work, I’ll write a bunch of material, and then we’ll all come up with the music and everything. Honestly, we’re a theater co-op in my opinion.

Charlotte: There’s always a search for truthfulness and honesty in the way that we work. Sometimes we’ll work on something then step back and say, “Wait, is this funny?” or “Is this staging right?” or “Should we do a particular gig?” We’re like family, we’ve helped each other speak our truths and therefore become stronger as artists. We have an honest investment in each other. The other partner and team player that we haven’t spoken about is the audience. The audience is such an essential part of this. The audience shares the spotlight at the center of this work along with Shasta.

Now in its third year, Out of Line presents a new set of arresting, intriguing, and playful performances by some of New York City’s most exciting contemporary artists.

SUPPORT
High Line Programs are supported, in part, with public funds from the New York City Council, under the leadership of Speaker Corey Johnson.