In anticipation of Brendan Fernandes’ Out of Line performance, we invited Ted Kerr, a Brooklyn-based writer, organizer and teacher at the New School, to sit down and chat with Brendan about his art, life, and inspiration for Open Encounters.

Theodore (Ted) Kerr: How do you define dance?
Brendan Fernandes: Dance for me is as much about a method, as it is about moving to your own beat. I come from a ballet background, so, I’ve experienced dance as training and methodology. Yet, some of my favorite memories involve dancing with my family after big meals or celebrations. So for me to define dance, I would have to approach it from both of these sides.

Similarly, I think about choreography as a set of rules to be challenged; how can dance be a vulnerable experience? What is expected? What is needed? What is safe? For me, dance is about asking these questions and working out the response with dancers, institutions, and audiences. I get to do this often because my work is rarely performed on the stage. So already, there are challenges and formal differences. For example, people don’t know what to do when they see dancers moving towards them. There is a fear of being in the way. So, in one of my pieces, based on bows performed for Louis XIV in his court, (which became a structure in ballet) I instruct dancers to give their bodies over to the audience, going as far as falling to the ground if they must. Audience members squirm, and that’s an everyday choreography that I am interested in. 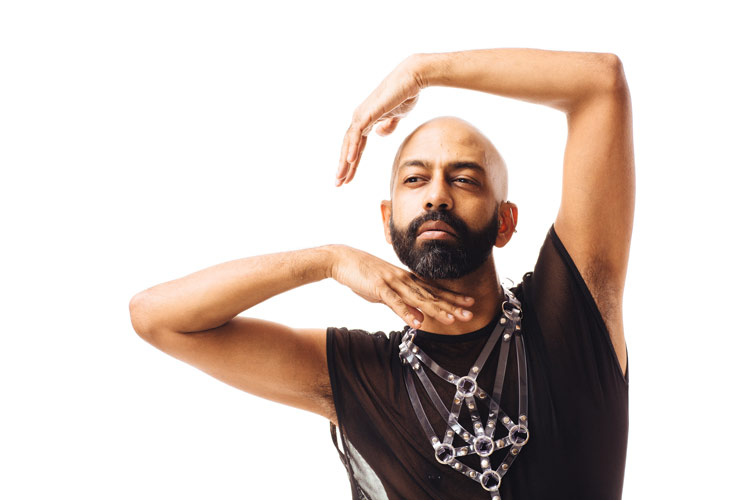 Ted: Are these ideas you will bring to Open Encounter?
Brendan: Yes, and also more specifically, I’m thinking about the moment when modern dance started to become a new form of dance, overshadowing ballet, prompting Lincoln Edward Kirstein, co-founder of the New York City Ballet to say, “We’ve entered precarious times. We’ve entered the Ballet-Modern Wars.” It is such an interesting statement, this idea of a battle between dance forms. I’m thinking of how these two technical bodies of dancers, trained in very different and specific ways. What happens when they come together on the High Line? I don’t want it to be something that’s aggressive, but I also can’t deny space for tension. How will they find social solidarity? For me, the we becoming one is very important. The choreography will break into a celebration where everyone participates, everyone moves. You don’t have to be the ballet dancer or a modern dancer to be in the circle.

Ted: When I first read the battles quote, I worried that you were investing in a binary between modern and ballet. But it sounds like you’re not. Rather, you’re using the difference to highlight connections.
Brendan: Definitely. While there are ways that modern and ballet are made to be different from each other, with modern being seen as exotic or more free, and ballet more technical and trained, I am not interested in pitting forms against each other. Instead, the work will explore the collision, merge and swirl to form more complicated relationships. 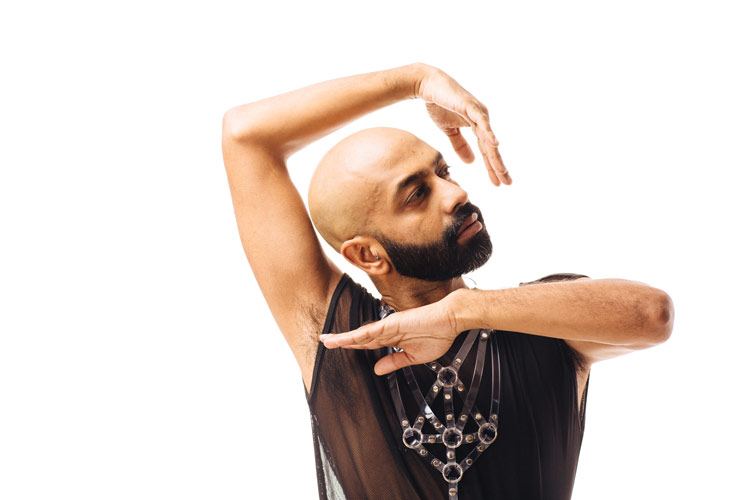 Ted: You make me think about how often minoritized communities are pitted against each other for resources. But I have to admit, I had never thought about that in terms of the dance world.
Brendan: The material condition of dancers, while often praised and debated, is not often considered. There is this constant devaluing of the dancer’s body as a tool where their labor is made invisible at times. So dancers are often hyper-vigilant for themselves and each other. Nobody but a dancer goes around asking about what the surface of any given floor is made out of. But we have to. When we do our job, floors are pitched back into our bodies. If it’s a hard floor it will hurt us. We want to know how something is going to hit. We literally have to factor in resistance in relationship to our labor.

Even in a club, we don’t really give much consideration into the work of dance, how we are exerting ourselves, in part because we are just so happy we can finally release. The dance floor becomes a space of agency where we can reach for our freedom. I mean, until we can’t. Pulse Nightclub has been on my mind for awhile now. Last year I did a performance at The Getty called, FREE FALL 49 where, while we were dancing, we stopped the music and fell 49 times, staying on the ground for a moment to honor 49 people that died in the Pulse Nightclub shooting. I also hosted a series of raves at Recess, and at one of them a person of color talked about how they do not feel safe in an LGBT dance space. And so there are all these questions that get raised, what is a safe space? Who is being protected? What is being protected? Who has the space to feel pain and exclusion? And a question I keep coming back to is, how do we fall? 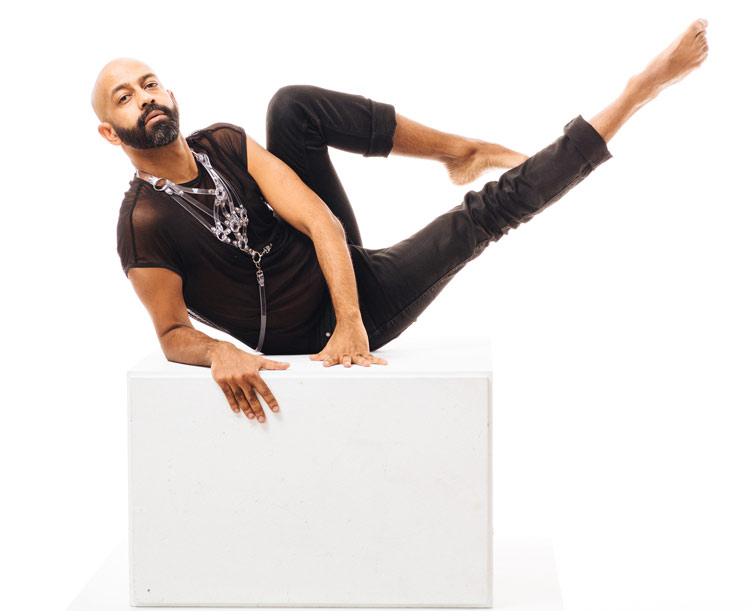 Ted: Given the High Line’s history as a place for queer expression, these considerations seem vital. And it seems important that your piece is outside. When I think of all the music videos that I loved as a teenager, that I know see has having impacted my queer aesthetic, so many of them end in a big group dance on some city street. I am thinking of Janet Jackson’s “Alright,” and even Bjork’s “Oh So Quiet.” Open Encounter seems to me, to be in this tradition. The idea of public space seems really important.
Brendan: In anticipation of the event, I’ve been walking the High Line, becoming aware of its history and the trajectory of movement, and trying to consider how this will play out in the bodies of the modern and ballet dancers. What will be dragged forward in their collision? Something that keeps on coming up is gentrification, and how the process moves people out of space, and how others will say, well, gentrification creates new possibilities. But again, like with the protection conversation, opportunities for who? What has happened to the communities that have spent time in the area but have been made to move on?

So I guess you could say I am thinking about everyday choreography as political questions, as well as gestures and physicality. I am aware that the dancers will be performing on very hard concrete. So I have to think about what they’re going to do. They may have to wear knee and elbow pads. They might fall. I need to help them be prepared for what I can imagine may happen, but also what is beyond my control. Part of the choreography will be set, but a lot of it will be improvising. Once they get to that zone they will take over, and I don’t want them to get hurt so I’ll give them precautions. I want them to be able to enjoy what will eventually culminate into a party, even if I am hesitant to use that word.

Ted: Party?
Brendan: Yeah. People thinks parties are superficial, but that’s not how I think of them. For me, they’re a really important gathering.

Ted: Agreed. And party has this other meaning too. It can speak to our politics, and allegiances.
Brendan: Yeah, definitely. Which I guess brings us back to ideas of rivalry, and using our differences to create a pulsating body politic for the masses.

Check out the OPEN ENCOUNTER YouTube playlist Brendan and Ted made.

SUPPORT
High Line Programs are supported, in part, with public funds from the New York City Council, under the leadership of Speaker Corey Johnson. 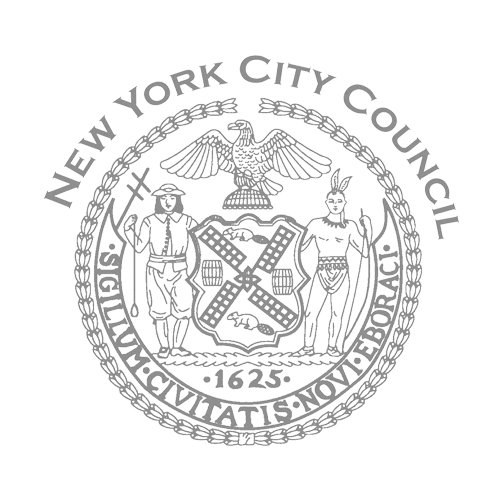