The Buildings that Host the High Line 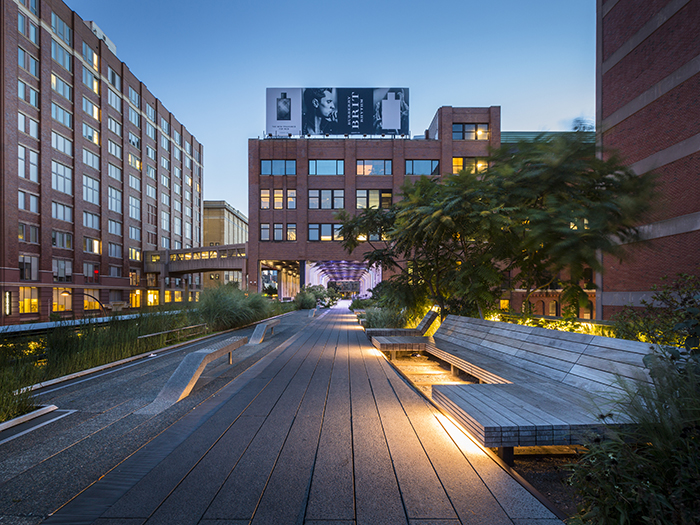 Looking north into the Chelsea Market Passage, the former site of the Nabisco building, at dawn.Andrew Frasz

First-time High Line visitors may wonder: Does this park run into that building? Does this park go through that building? The High Line does, in fact, run through a handful of buildings. For those who expected their walk to be an exclusively outdoor affair, this impromptu inside view can prove surprising. But what really makes this arrangement so arresting is not the invasion of these buildings’ interiors, but rather those buildings’ accommodation of the High Line. 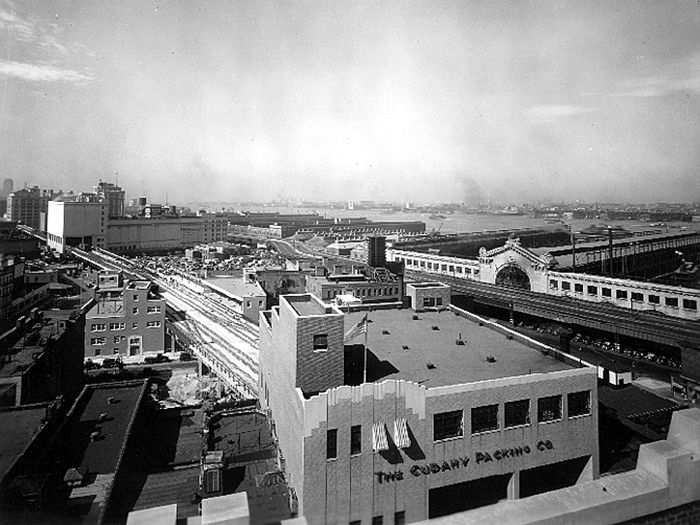 The Cudahy Packing Company was a meatpacking company which, along with other similar companies in the area, gave the modern Meatpacking District its name. The Cudahy building used to be a cold storage facility, where goods were kept refrigerated until ready for distribution. Now it is the High Line’s 14th Street Passage, hosting High Line Art’s Channel 14 video installations, several of our food vendors, and many public events. 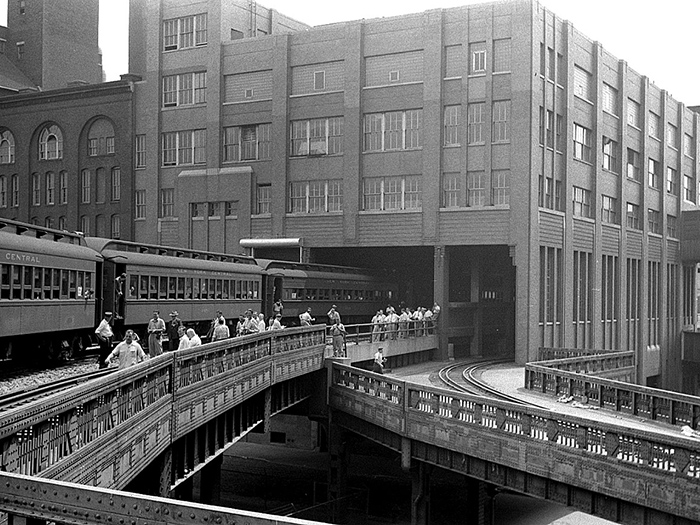 The Nabisco building once produced massive quantities of cookies and crackers like Oreos, Mallomars, and Saltines. When Nabisco acquired the neighboring American Can Company, a pedestrian skyway was built between the two, which can still be sighted above the High Line today. The Nabisco factory itself, where it once received trains filled with ingredients or ready to be loaded with cookies, now hosts many food vendors and shops on the High Line. This stretch, now known as the Chelsea Market Passage, also includes our full-service restaurant, Terroir at The Porch, which is now closed for the season. At street level, the Nabisco building houses the bustling Chelsea Market itself. 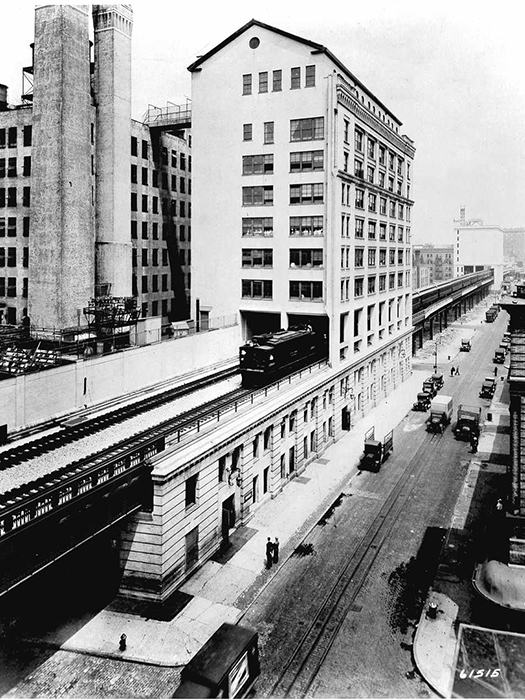 In the early 20th century, when the High Line actually carried freight, it passed through many more buildings than just those two. Notably, it serviced the Bell Telephone Laboratories to the south of its current end point, where significant new technologies were developed, including phonograph records, talking movies, television, and radar. The building itself is a rare example of a building pre-dating the High Line that was converted to receive trains when the High Line was built. After being vacant during the 1960s, the building became Westbeth Artists Housing in the 1970s.

The High Line also connected to the Merchant Refrigerating Company building, which was built before the High Line and later retrofitted with a railway spur so that it could accept trains into its berth. This spur has since become the Northern Spur Preserve, where High Line visitors can view a natural environment similar to the self-seeded one that sprung up in the decades after the trains stopped running. 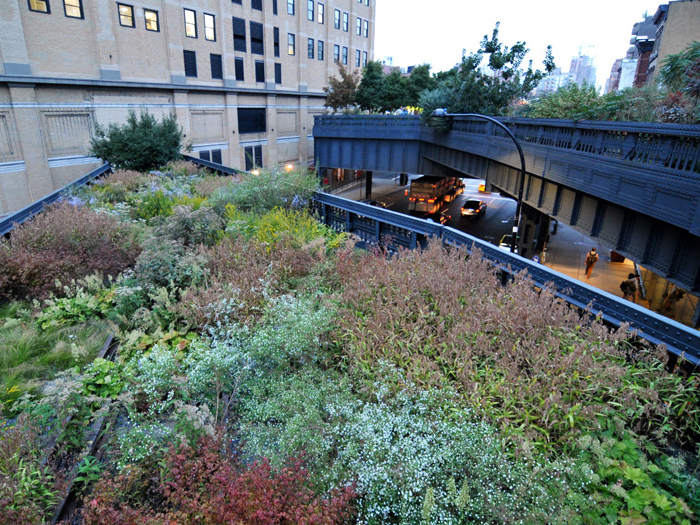 The St. John’s Park Terminal used to mark the southern end of the High Line in Lower Manhattan. Built specifically to accommodate the High Line in 1934, it was a very impressive work for its time. Its three block span, serviced by eight rail lines with standing room for 193 train cars and 150 trucks, once made it the largest commercial building in New York City. The terminal has since found new life as a UPS warehouse.

As the High Line soars above the ground, passing as freely and easily between buildings as it does through them, it’s plain to see how intricately it intertwines with the past and present of New York City. Impressive towers not only open their windows to look upon the High Line; they open their very walls to allow passage to its graceful walkways. The buildings, like the city, are incomplete without the High Line. Remove it, and you’d be left with a void. But together, they create something unlike anything else on Earth: a city where buildings and parks blend together, and a park that is both inside and out.