How the High Line Gardeners Keep It Wild 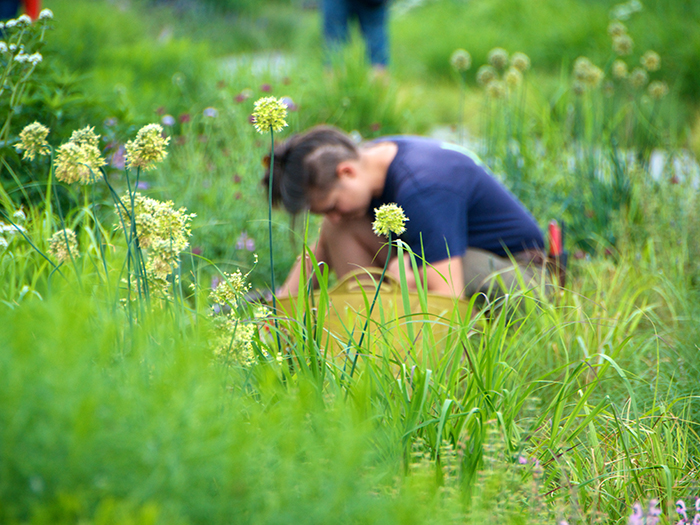 The wild legacy of the High Line’s landscape is on full display in the summer, when the planting beds are a frenzy of green.Beverly Israely

The High Line was made by nature when the trains stopped running, and designer Piet Oudolf and the landscape architects of James Corner Field Operations paid tribute to that self-seeded landscape in one of their original design tenets for the High Line: keep it wild.

The plantings on the High Line are meant to change. They mimic the dynamics of a wild landscape. Plants out-compete one another, spread or diminish in number. They drift in the environment to where they can best fill their niches, and their individual seasonal cycles become part of a whole picture. Over the last five years, the work of the High Line gardeners has been to facilitate and enhance the natural processes of growth, change, and movement in the landscape, and at the same time maintain the integrity of the original design by Oudolf and James Corner Field Operations. 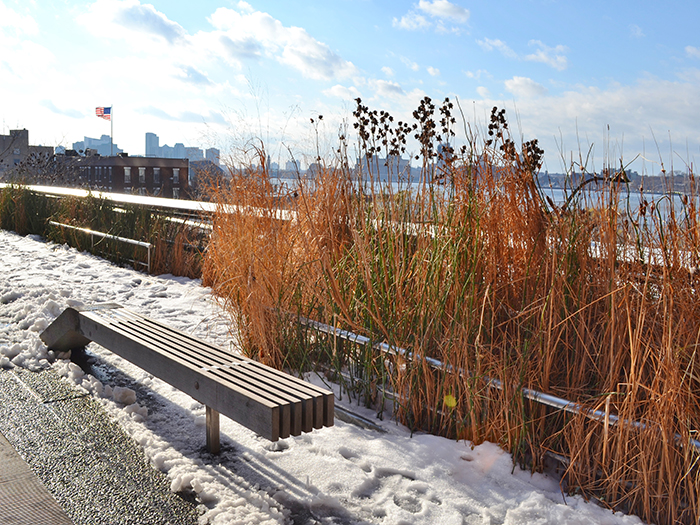 Much of what the High Line gardeners do can best be described as editing. The High Line’s beds are planted in what Piet Oudolf calls a “matrix” style. A mix of several dominant species, usually grasses, acts as the matrix that supports dots and drifts of other plants – generally the wildflowers, trees, and shrubs. Over the years, some species have disappeared from one area only to self-sow into another place that might be more suitable, and in this way the gardeners let the plantings ebb and flow as they do in nature. The gardeners edit to maintain Oudolf’s ratio of matrix plants to accent species, and to keep the dominant plants themselves planted in the right proportions. The more vigorous plants must be kept in check so that they don’t overrun the beds, and more delicate plants are coaxed and cultivated so they don’t become overwhelmed by other species.

Designers often talk about creating four seasons of interest in the garden. For the High Line gardeners this means valuing the entire lifecycle of a plant in the landscape, from the first new growth in spring to the dried stalks and seed heads of late fall and winter. Gardeners do little deadheading on the High Line in order to preserve seed heads, and they don’t cut back dried, dormant grasses and perennials in fall as gardeners traditionally do. The gardeners leave the “skeletons” of the plants untouched through the winter, which not only provides food and habitat for wildlife, but creates a rich winter landscape full of varied texture, shape and muted color.

The High Line’s gardens were designed to hold interest throughout the year. In winter, dried grasses and stalks add texture. In early spring, the overwintered growth is trimmed back as part of Spring Cutback. And in the fullness of summer, lush leaves and blooms dominate the landscape.Melissa Mansur

Occasionally, a plant will volunteer itself to grow on the High Line, just as plants volunteered to populate the railway in that original wild landscape. Milkweeds and joe-pye-weeds blow in on the wind and birds spread the seeds of grasses and goldenrods. These volunteers are traditionally known as weeds, and the gardeners do plenty of weeding. Sometimes, though, in the spirit of keeping it wild, the gardeners let those enterprising plants stay and grow in the High Line’s changing landscape. For instance, Symphyotrichum ericoides, or heath aster, was an inhabitant of the High Line long before anyone imagined it could be a park, and it still grows in the Rail Yards. Last year the gardeners noticed that it had once again found its way into the park, both in the Wildflower Field near West 30th Street and on the Northern Spur Preserve near West 15th Street. This aster has a rambunctious habit and tiny white florets with yellow centers like a daisy. It is a classic prairie wildflower, and clearly at home on the High Line, so the gardeners have welcomed it back. Now, they have only to keep it from becoming too wild. 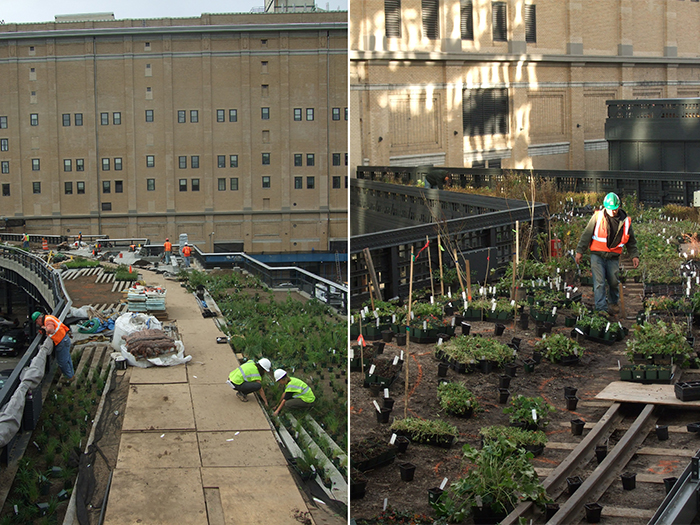 Plants being installed in the Chelsea Grasslands (left) and Nothern Spur Preserve (right) in 2008. 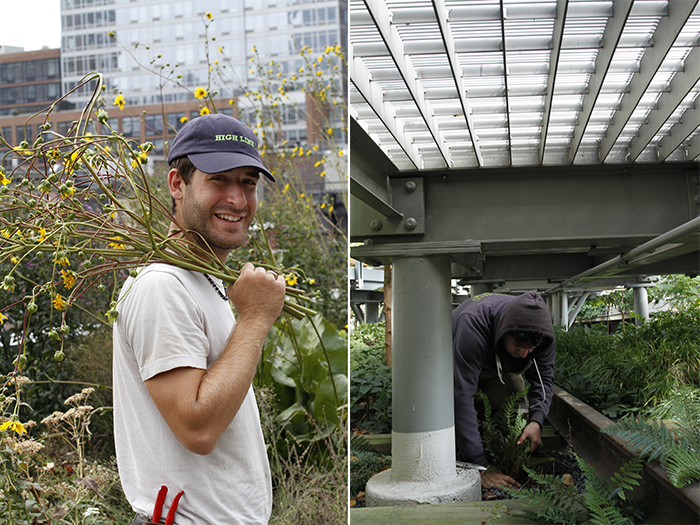 You’ll find the High Line’s gardeners at work beside and sometimes beneath you. 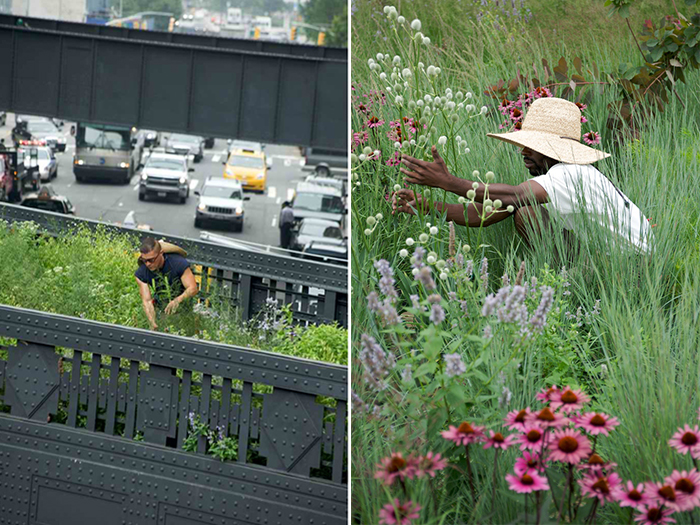 The High Line’s gardeners facilitate and enhance the natural processes of growth, change, and movement in the landscape while maintaining the integrity of the original planting design.David Kimelman