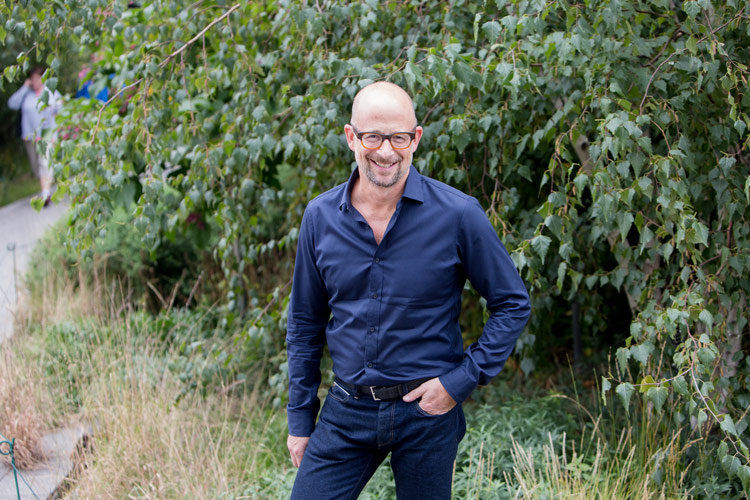 We invite you to listen to a unique podcast featuring Friends of the High Line Co-Founder Joshua David as he revisits favorite neighborhood sites and reflects on his memories about the High Line.

After Josh stepped down from his day-to-day role at Friends of the High Line in June, we took some time to revisit neighborhood sites with him. With 16 years of experience working on the High Line and nearly 30 years living in Chelsea, Josh has gotten to know many of the people and places who make this part of the city so extraordinary. In the podcast, you’ll hear Josh’s personal history of the earliest days of Friends of the High Line and some of the countless people who came together to make our park in the sky a reality.

Origins (Episode 1): Joshua David takes the listener on a journey from his initial curiosity about the High Line to the initial planning meetings, and discusses how 9/11 was a catalyst for change in the city.

Echo in Time (Episode 2): Josh reflects on the legacy of historic preservation in the West Village from the Tiffany & Co. Foundation Overlook at the park’s southern end, the site of Friends of the High Line’s first efforts to open the structure to the public through Open House New York.

Florent (Episode 3): Josh remembers the early days of organizing around preservation in the Meatpacking District, and considers how local diner Restaurant Florent changed people’s views of the industrial west side..

Street Theater (Episode 4): Josh reveals the design challenges that were the origin of the Tenth Avenue Square, one of the High Line’s most popular gathering spaces.

Secret Forest (Episode 5): Josh explains the origins of the Philip A. and Lisa Maria Falcone Flyover between 25th Street and 26th Street, and the High Line’s connections to the industrial buildings nearby.


Beacon (Episode 6): Josh explains the role of the Hudson Guild in making the High Line a reality, and talks about the decision to place a viewing spur on 26th Street. .

Rebellion Against the Grid (Episode 7):
Josh remembers the neighborhood and culture at the time when the idea was an unlikely prospect.

Little Mythology (Episode 8):
Josh remembers the day that the High Line opened to the public as a city park, and expresses his hopes for the future.

Get involved with Friends of the High Line!