Green Council: Learning to be the Next Generation of Urban Gardeners

During this year’s summer intensive, Green Council members worked at four different sites. Members worked on the High Line with their fellow gardeners, at P.S. 33 establishing a garden for children to learn and cultivate in, with Cultivate Hell’s Kitchen New York tending to local gardens of Clinton Housing, and in the Bronx helping revitalize green spaces through the Community Parks Initiative.

Work on the High Line was busy as usual. The gardeners needed assistance with a variety of tasks, but the weeds were a primary concern. Although weeds help to give the beds a wild aesthetic, they take up space for our existing plants to grow.

Tasks that were new to members were removing a tree stump and transplanting an entire tree that had fallen over. These tasks provided a challenge to these new gardeners, but were also very rewarding. Green Council leader Darnell noted that, “It was satisfying working hard to remove an obstacle off of the ground.”

Green Council members also helped maintain the High Line’s composting system, and learned that all of the weeds and plants are recycled and nothing is ever thrown out. Working on the High Line during the month of July was enjoyable and allowed us to work with professionals while improving and learning new gardening skills. 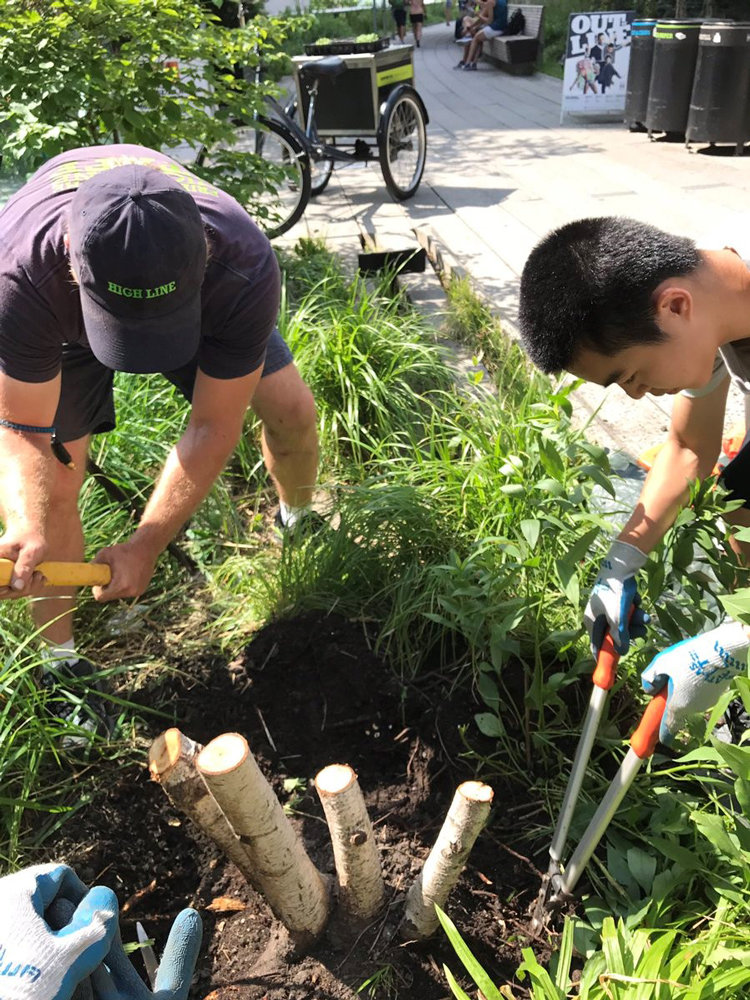 Gardener Nathan and Green Council member Harry are working together to remove a large tree stump from a bed on the High Line.

At a local elementary school, P.S. 33, Green Council members helped design and complete a new learning garden of raised beds filled with fresh fruits and vegetables. The group worked together to level out the ground, lay down landscape fabric, place the raised beds, and mulch the area.

While one group worked on leveling and tarping, the other group worked on filling up the beds. Difficulties did arise, though. One group had to shovel out a deeply-rooted dead tree stump before continuing to lay down the tarp, but thankfully their experience on the High Line came in handy! When the beds were ready to harbor life, the plants that were started from seed on the High Line’s planting terrace were transplanted to the beds and an irrigation system was set up.

P.S. 33’s new teaching garden before and after.

Members also worked on art intervention projects where they developed artistically inspired ideas to solve environmental and food justice issues in their community. With the support of P.S. 33, the members invited the community into the garden to learn about Food Justice and give out the food that was grown in the garden. Other projects that were featured at the event were creating bowls out of recycled magazines and a pet waste dispenser that recycled plastic bags. 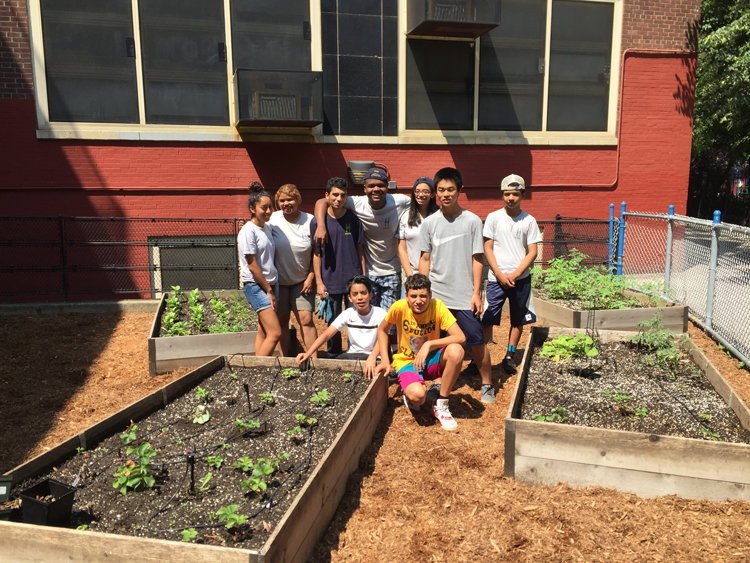 Working with Cultivate Hell’s Kitchen New York gave Green Council the opportunity to assist different local gardens. Members worked in Clinton Housing gardens where they helped to weed, plant, and prune, including working alongside the Hell’s Kitchen Farm Project Interns to help with the revitalization of Teresa’s Park. The Leaders also were able to revisit the Hell’s Kitchen Farm Project’s rooftop farm that had been tended last year and share their experiences with the new members. Similarly, the members worked with various community garden spaces in the South Bronx as part of the Community Parks Initiative (CPI), where we helped reinvigorate the spaces by weeding, planting, and painting. 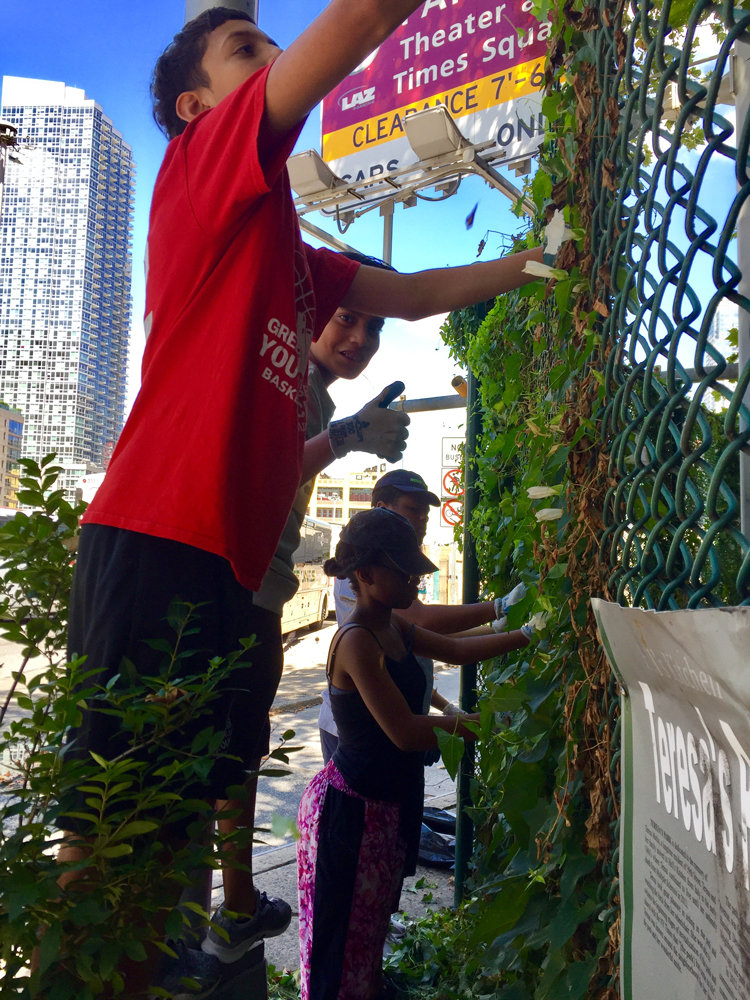 As we conclude this year’s Summer Intensive, we can only admire the impact this generation of Green Council members have left and look forward to what changes the next generation of Green Council members will bring about. This year has been remarkably productive. Without the hard work from our members and the cooperation of our partners, we would not have been able to sow the seeds for the prospect of positive change to our communities and peoples.