Plant of the Week: Foxtail Lily 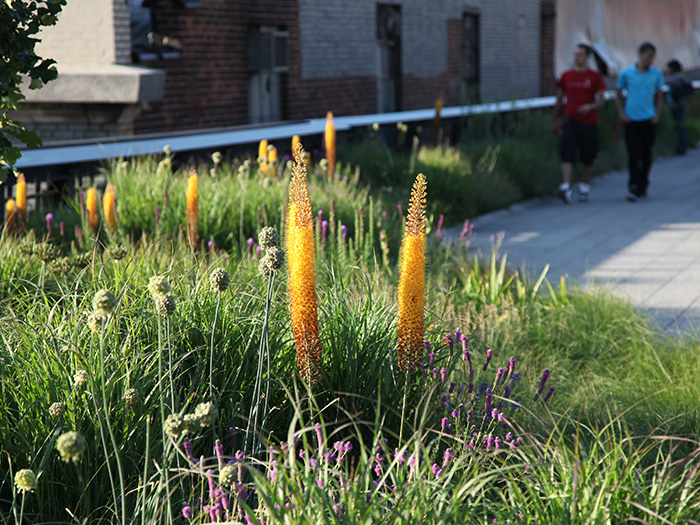 Since the High Line opened in 2009, we’ve watched some horticultural traditions emerge that we look forward to every year. There is Spring Cutback, the first opening of the 23rd Street Lawn, the love/hate reactions to the scent of the prairie dropseed. And, of course, the blooming of the foxtail lilies.

The foxtail lily, Eremurus stenophyllus, is an iconic late-spring bloom at the High Line, and one of the most asked-about plants in the park. Visitors love this striking flower for its showy flower stalks of copper-colored blooms rising upright among the park’s grasses. Look closely, and you’ll see that every flower stalk is composed of hundreds of little bell-shaped blooms.

At around three feet tall it may be hard to believe, but Eremurus stenophyllus is a dwarf compared to other foxtail lily species. Some species, like Eremurus elwesii and Eremurus robustus can grow up to ten feet tall with four-foot leaves.

WHERE TO SEE THIS PLANT