One of our more striking winter architectural plants is the rose mallow, Hibiscus moscheutos ssp. palustris, native to the northeastern United States. 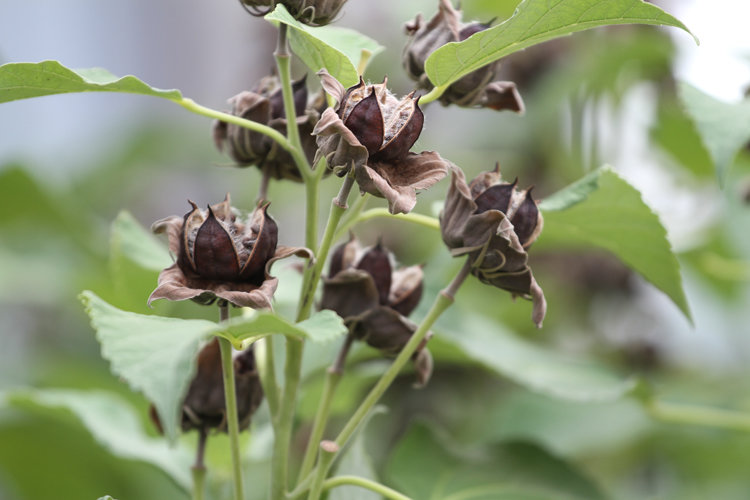 The most prominent feature of this plant in winter is its persisting seed heads, found at the apex of stems six feet tall. The fruit capsules split, or dehisce, to reveal round, brown seeds approximately ¼-inches in diameter that lightly rattle when shaken and disperse easily. They have a striking color contrast against snow drifts, maintaining form even in wet, brutal winters. 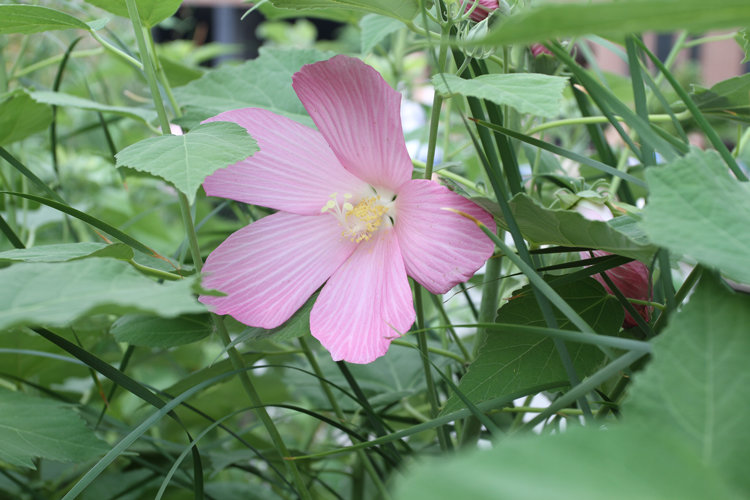 In summer, the flowers are bright pink, about six inches wide, with five petals. Rose mallow is in the hibiscus family, Malvaceae, which has many tropical and subtropical members. This cool temperate one, along with other members of the family, has a distinctive floral structure called an androgynophore; it is composed of a stalk-like structure at the center of the flower, above the petals, that holds a section of separate male and female reproductive organs, the stamens and pistils, respectively. The flowers are quite delicate and short-lived, each lasting about a day, but the species continuous and prolifically blooms throughout the summer.

PLANTING TIP:
Rose mallow likes to be planted in sunny, moisture-holding soils, rich in organic matter, and is hardy to USDA Zone 5. It spreads through rhizomes and seeds but is easily managed and maintained in the garden. Rose mallow benefits from upright support as the younger stems are more delicate, so it is best to grow it with other upright plants, such as graceful cattail, Typha laxmannii, or to stake it. Stakes can be set down low on the plant to hide their appearance, leaving a more “unpolished,” naturalistic look.

WHERE TO FIND THIS PLANT:
Rose mallow can be found growing all in the bog on The Diller-von Furstenberg Sundeck, 14th to 15th Streets.