In addition to being a beautiful ornamental shrub, winterberry’s prolific fruit is a great source of food for native and migrating birds. High Line Staff have even observed mockingbirds guarding the bushes from other winged competitors so they can keep the coveted food source to themselves. 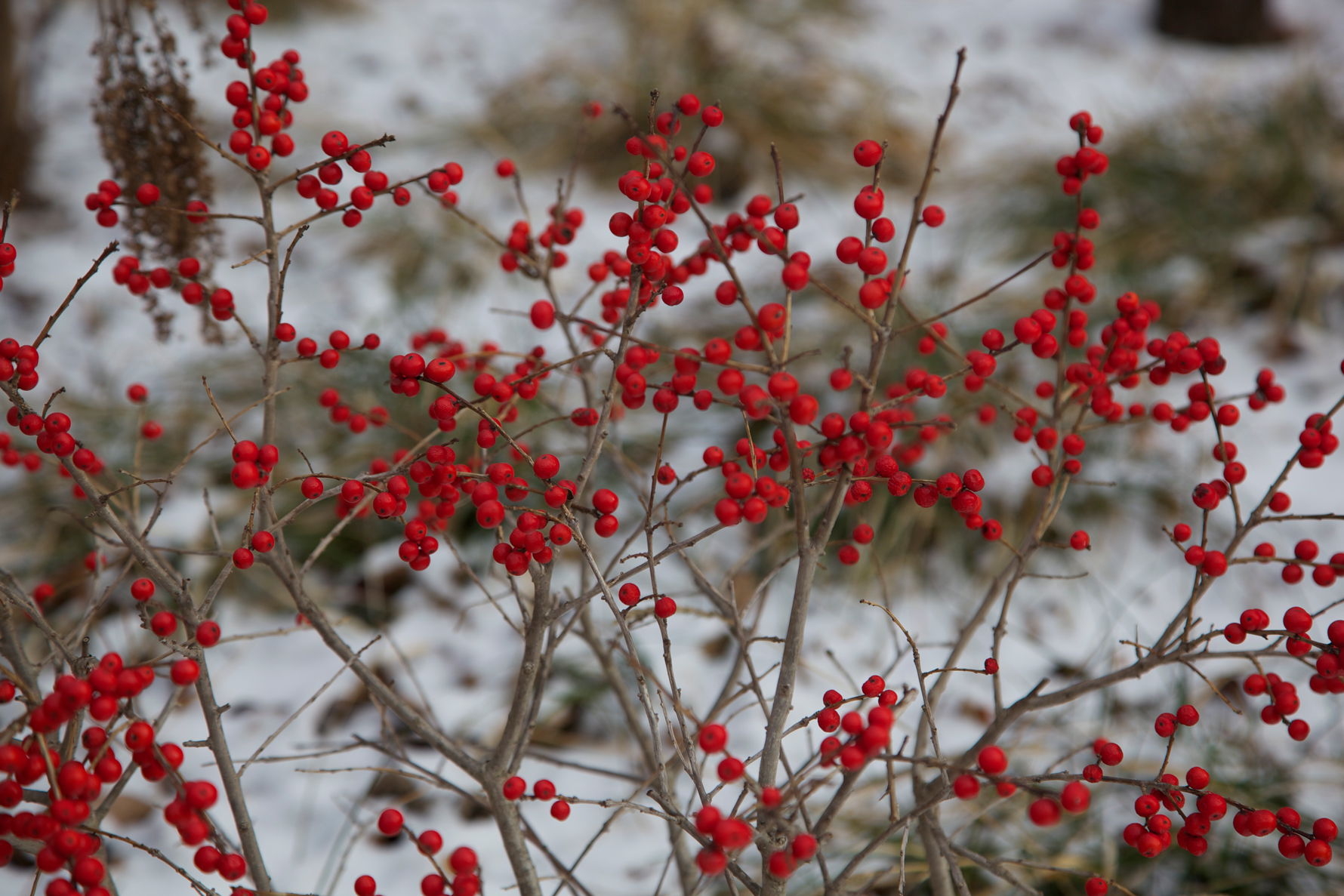 Behind the scenes, interesting biology is at work with Red Sprite winterberry. Unlike most plants, many hollies are dioecious, meaning each individual plant is sexually distinct and will only create male or female flowers. Ilex verticillata ‘Red Sprite’ plants are all female and would not produce their characteristic red fruits without first being pollinated by a male counterpart. To ensure bountiful fruiting, High Line Gardeners have planted Ilex verticillata ‘Jim Dandy’ in close proximity and natural wind pollination does the rest.

WHERE TO FIND THIS PLANT
On the High Line between Gansevoort and 14th streets, and between 20th and 23rd streets.