Veronicastrum virginicum is a native wildflower common to wet meadows in the eastern part of the United States. A handsome plant even before flowering, it stands up to seven feet tall with deep green leaves in groups of three to seven surrounding the upright stems in whorls like collars. The blooms are made up of hundreds of tiny white flowers on spikes that branch like candelabra. On the High Line they rise just above the matrix of grasses in the Chelsea Grasslands and draw your vision up out of the planting beds toward even taller perennials in the garden. Like so many of our native plants, Veronicastrum virginicum has medicinal uses—the plant purportedly gets its common name, Culver’s root, from a Doctor Culver, who prescribed the plant as a cathartic.

By autumm, Culver’s root is actually nearly done blooming on the High Line. The white spikes and spires fade to a deep brown, but the slender dark stalks remain strong and persistent—they provide vertical integrity among the swaying grasses as well as a foil to the much more common globe- and umbel-shaped seed heads in the garden. It’s one of the first summer blooming perennials to turn. 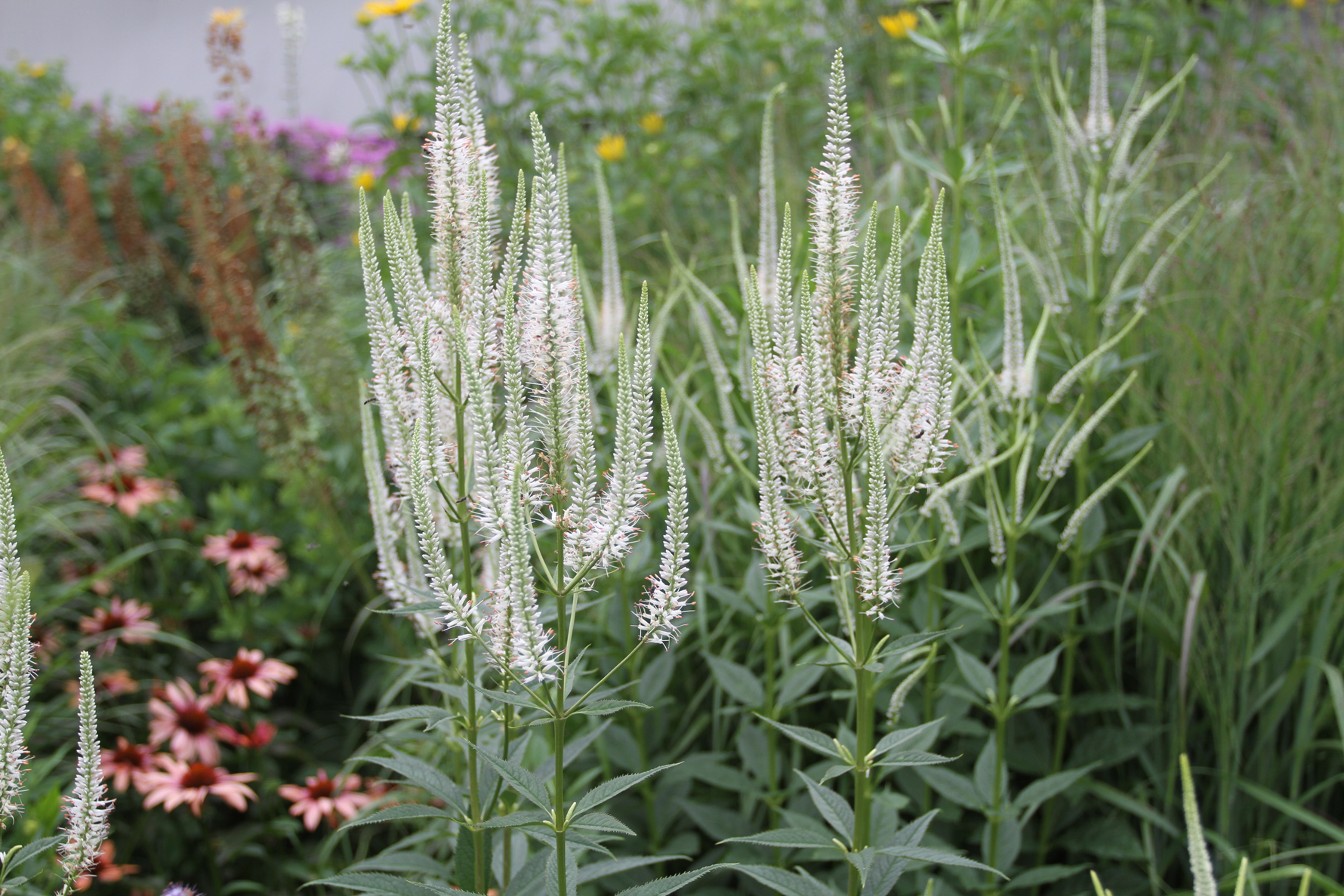 Veronicastrum virginicum, or Culver’s root, was chosen for planting on the High Line by Johnny Linville, High Line gardener and Manager of Horticulture. The Veronicastrum is just one part of the legacy Johnny has left us.

WHERE TO FIND THIS PLANT
On the High Line between 18th and 20th streets.