In the Works: A Studio Visit with Ryan Sullivan

Artist Ryan Sullivan looks to improvisation to inform his process of making paintings. Sullivan is one of eight artists participating in En Plein Air, a group exhibition presented by High Line Art that broadens and challenges historical ideas of outdoor painting. The exhibition title refers to the mid-19th century practice of en plein air painting (French for “in the open air”).

For the High Line, Sullivan has chosen a suite of paintings that he refers to as “legible”—by which he describes their graphic nature and the clarity of their composition. Regardless of what he intends, it’s true that viewers often read images into his abstract work, though the images that they see depend on who’s looking. 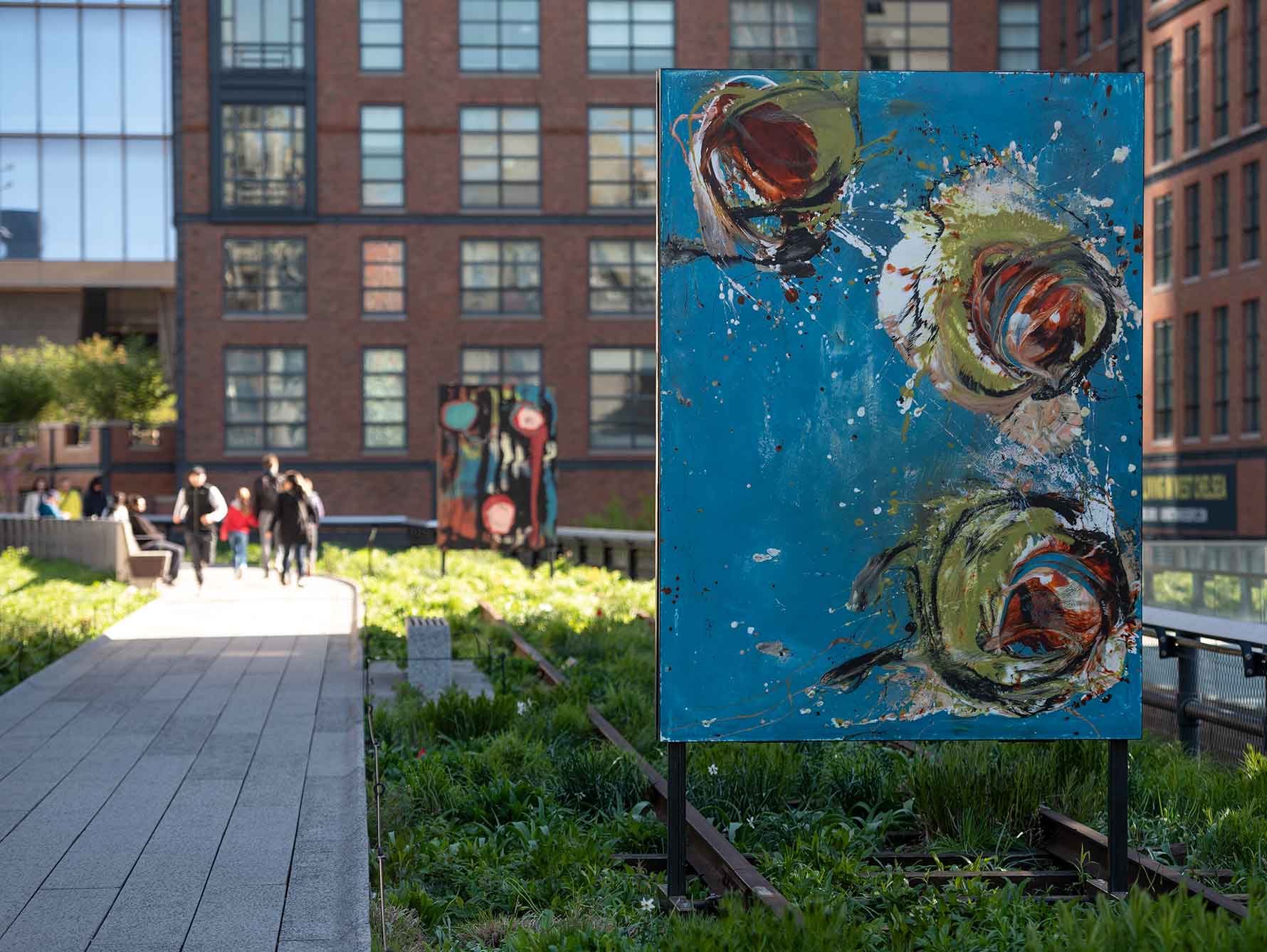 Sullivan begins each of his pieces with the same elements: a three-room industrial studio, resin, a rubber mold, pigment, a studio dog named Calvin, and time. But how does one improvise on known variables? How does one practice spontaneity? “I’ve created a process that destabilizes me,” Sullivan says when asked how he retains the improvised feeling in a well-oiled framework.

“When making work, I rely on a lot of emotion and physicality.” Mood, then, can be an artist’s tool and medium at once. Everything is made in Sullivan’s studio, from the molds to the frames. The molds, cast from a shallow sheet of plexiglass, are made from rubber and covered with plaster to hold their shape.

The resin is painted into these molds and then it’s a race against time to manipulate the medium to a desired, but not overwrought, outcome before it hardens. Once set, the resin is both the painting and the painting’s support. With the mold placed on the ground, Sullivan moves around the work as it’s created. Like any good improviser, he adheres to formal structures but never plays the same composition twice. Though identical “notes” are repeated, the riffs change over time to increase the depth of the composition. 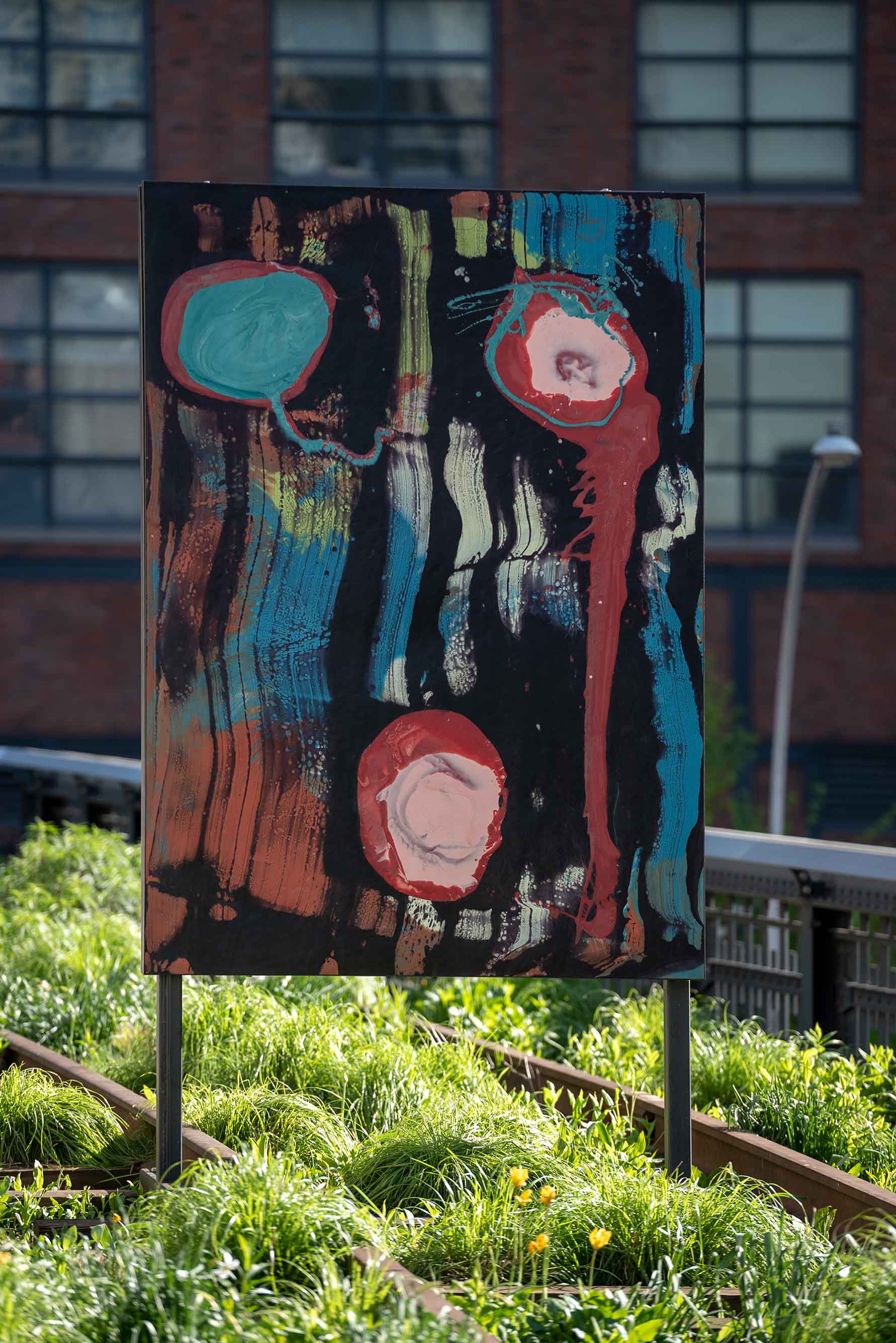 Just as Sullivan plays with the temporality of a timeless medium like painting, he is also interested in how time can change his own perspective on his work: the paintings are stored out of sight for months, after which time he returns to look at them. Sullivan both conceptually and literally distances himself from his own work so that he can see it as objectively as possible, looking for unintended motifs and threads that hold the works together despite their spontaneity.

When he originally developed his process, including the casts and materials, it was essential that he was able to expand the physical possibilities of a painting, including where something that is clearly identifiable as a painting can be exhibited. “Resin is a curious material,” says Sullivan. “I chose it for its unconventional nature, for both the way the material moves and its stability—it’s the same mass and color when both wet and dry, it’s extremely durable, and I was instantly attracted to the possibilities that these properties suggested.” 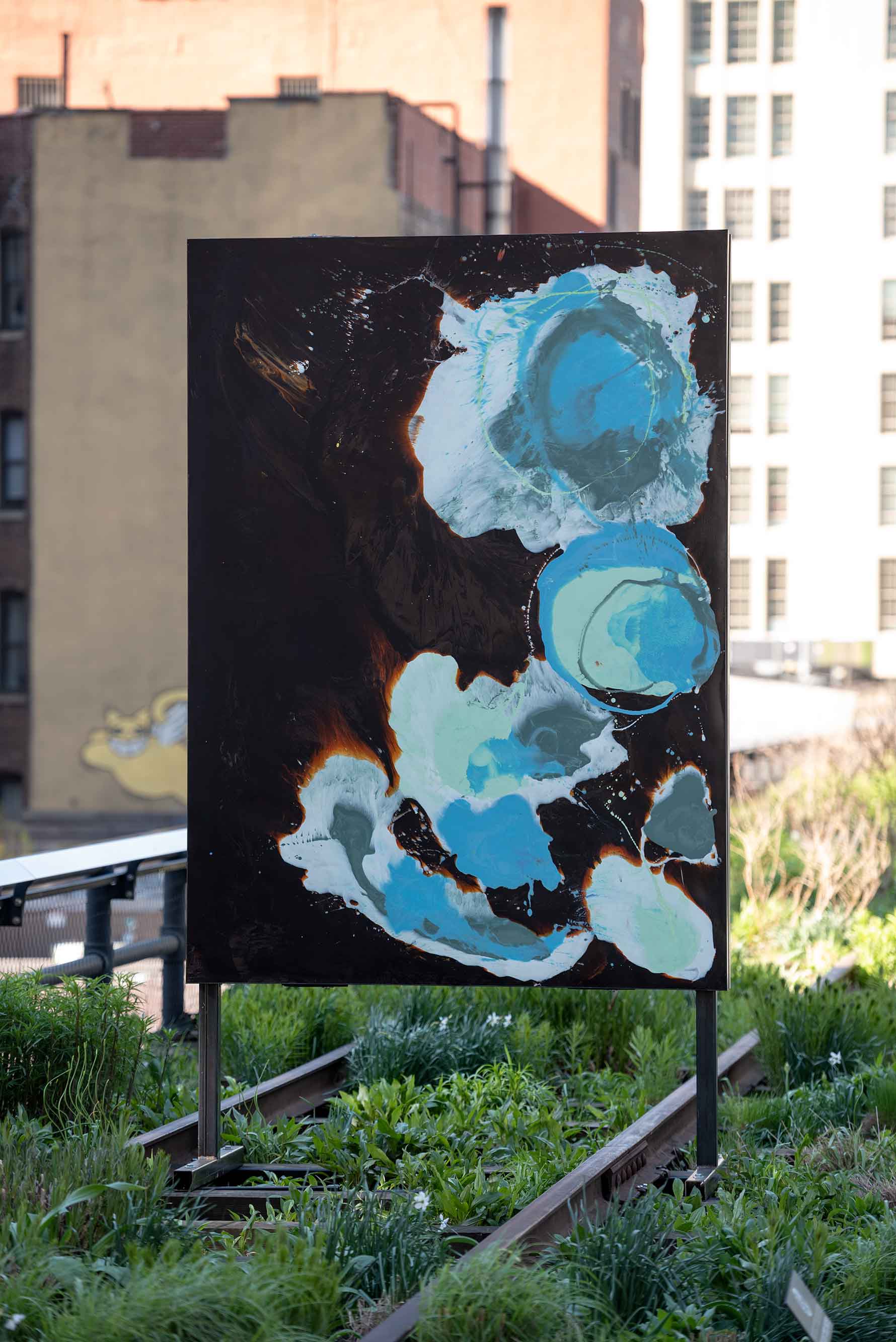 For En Plein Air, Sullivan has installed four paintings, placed perpendicular to the park, with each painting in a pair, back-to-back to one another. These are Sullivan’s first works made specifically for outdoors. As a test, Sullivan left one painting to brave the humidity, precipitation, and extreme cold of the Adirondacks for a year. It survived, and he’s hopeful for a similar result for his paintings on the High Line.

Inevitably, works in public space tempt passerby to interact with them. When asked if he was concerned that people would leave fingerprints on the paintings’ surfaces, Sullivan balked at preciousness. “We can wipe them off,” he says. While touching the work isn’t permitted, there is, after all, no way to rehearse what accompanies a painting in the wild of a public park. Just more elements to add to the process, to keep static things spontaneous.