The Fluffy Birds of Winter 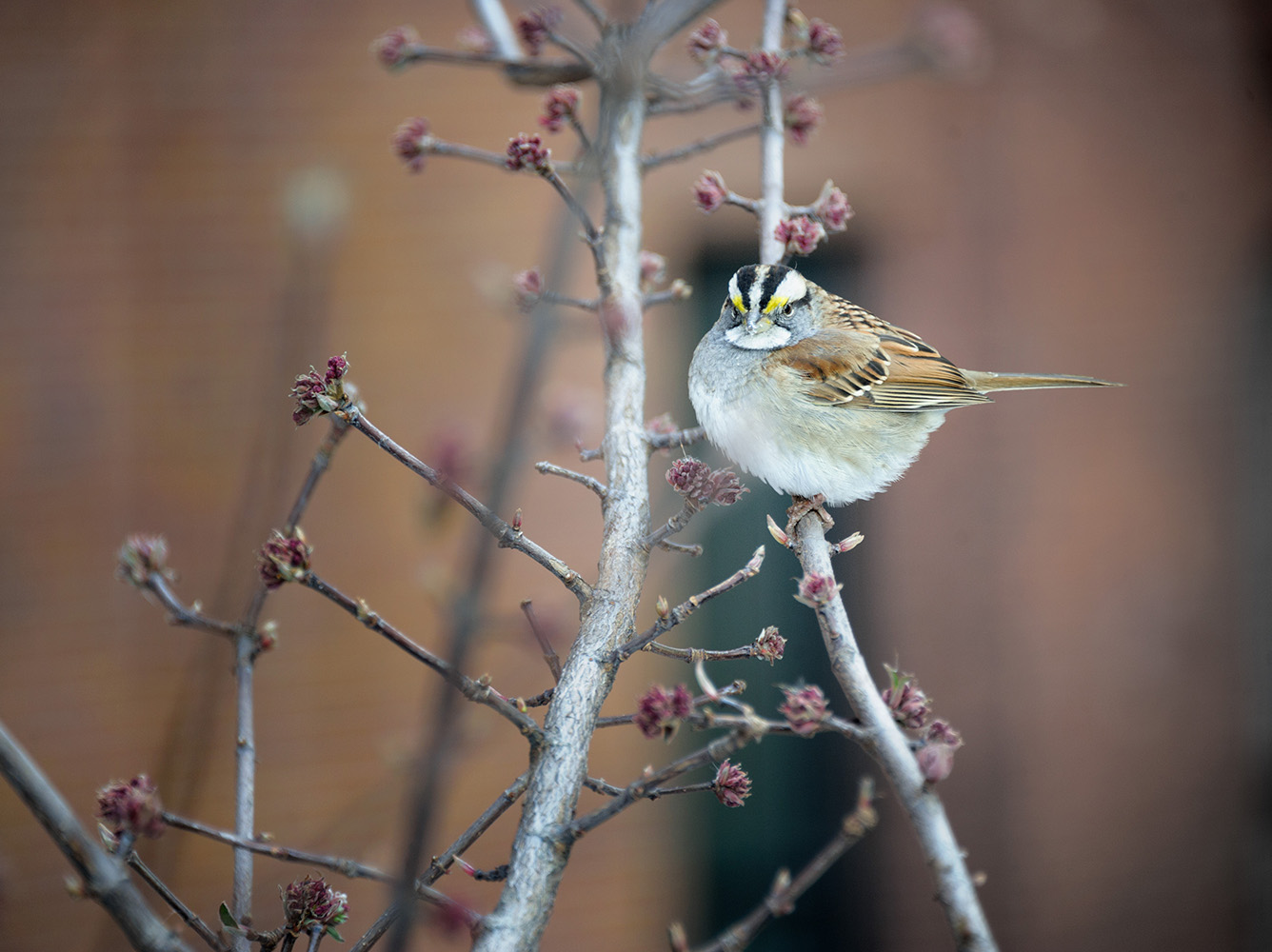 A winter bird sighting is always a source of joy. In addition to serving as a sign of warmer seasons ahead, it’s gratifying to see our avian friends utilize the park’s plants as a food source during a time of scarcity. But the best part of seeing birds in winter is their adorably chunky appearance.

Charming as this look may be, winter bird chub has a purpose beyond delighting camera-wielding humans. Much like we do, birds use layers to protect themselves from the cold, explains Maryanne Stubbs, High Line gardener and our resident naturalist. “An inner layer of down feathers traps air to hold in body heat, while an outer layer of contour feathers protects from wind and moisture,” says Maryanne. “When a bird ‘fluffs up’ its feathers on a cold day, it is loosening them so that a maximum amount of air can be trapped between feathers, providing better insulation.”

There, you have the science. Now let’s enjoy the fluff. 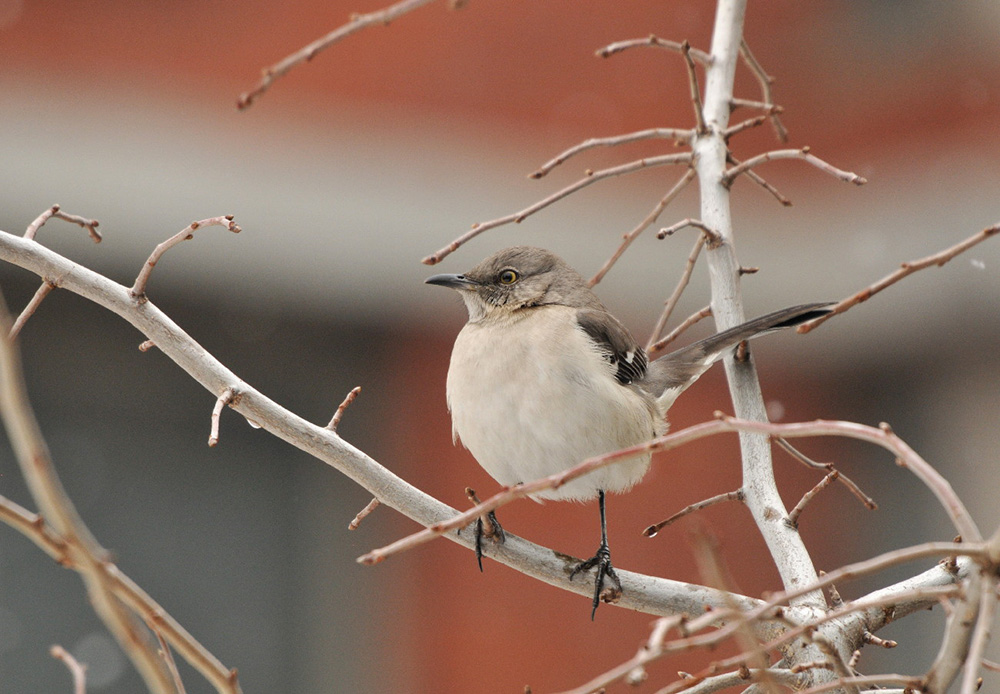 High Line Photographer Steven Severinghaus spotted this “very territorial” northern mockingbird (Mimus polyglotto) guarding the High Line’s juniper trees from interloping robins. No bird gets between the “King of 23rd Street,” as Steven dubbed him, and his berries. 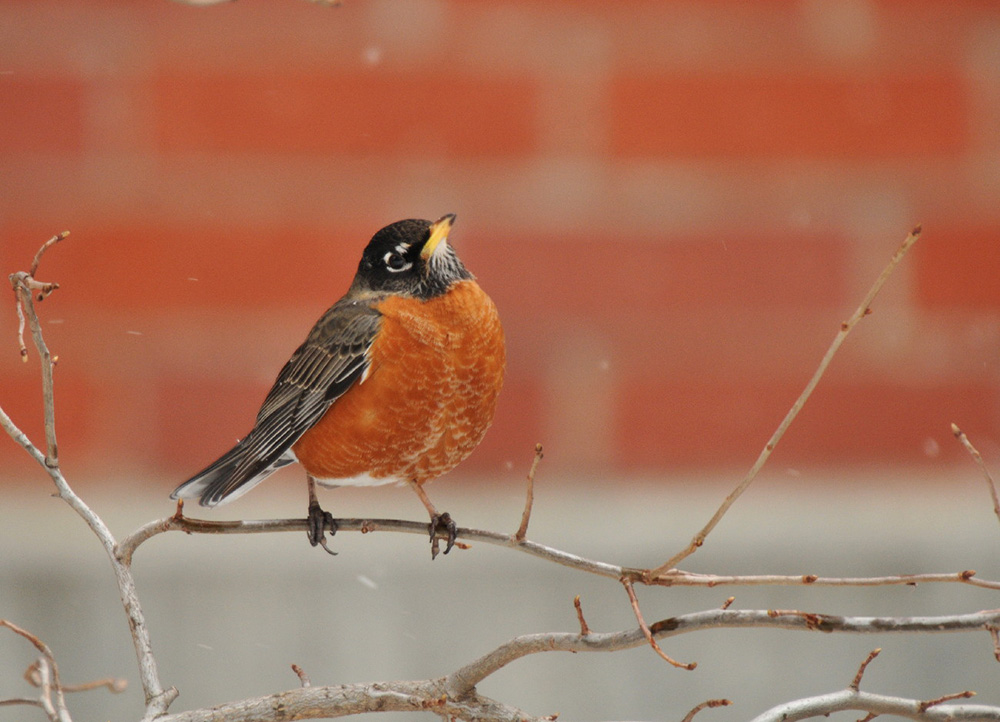 In addition to battling the King of 23rd Street for juniper berries, this portly American robin (Turdus migratorius) attracted the attention of several passersby, and earned a nickname of his own: Boss Tweet. To put Boss Tweet’s girth in perspective, this is what the High Line’s robins normally look like. Photo by Steven Severinghaus. 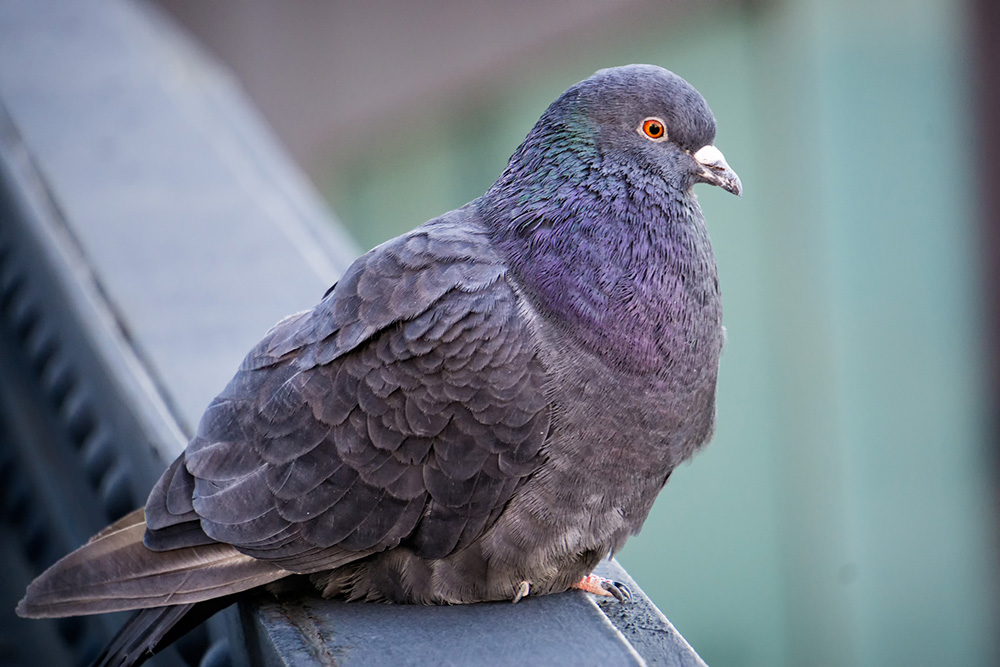 Pigeons (Columba livia) get a bad rap. But with a bit of winter fluff, they look pretty cute. Photo by Mike Tschappat. 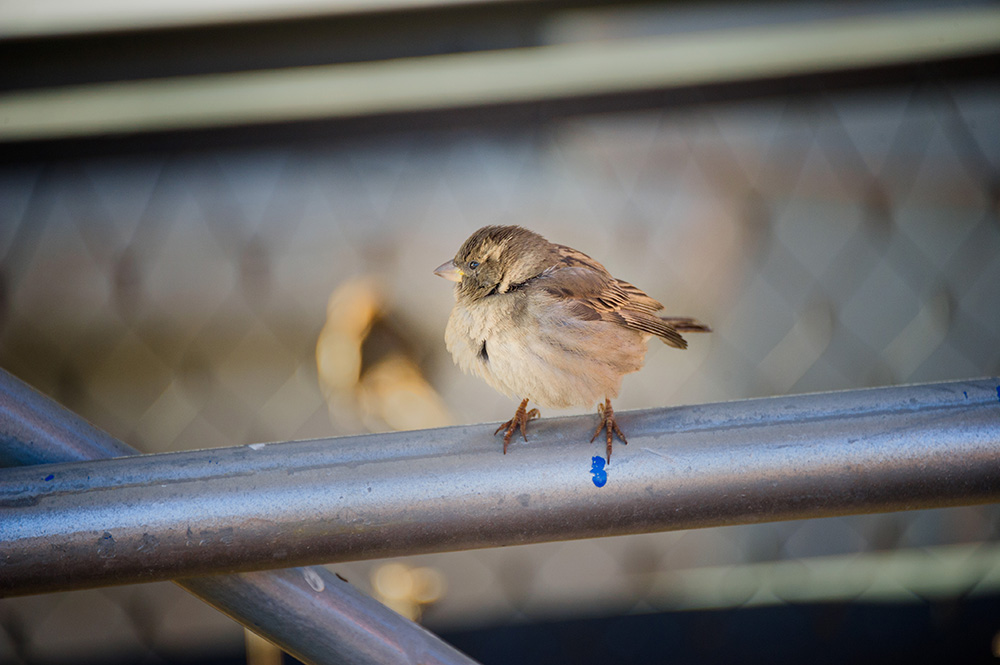 Rotund even in the warmer months, house sparrows (Passer domesticus) are practically circular in the winter. Photo by Mike Tschappat. 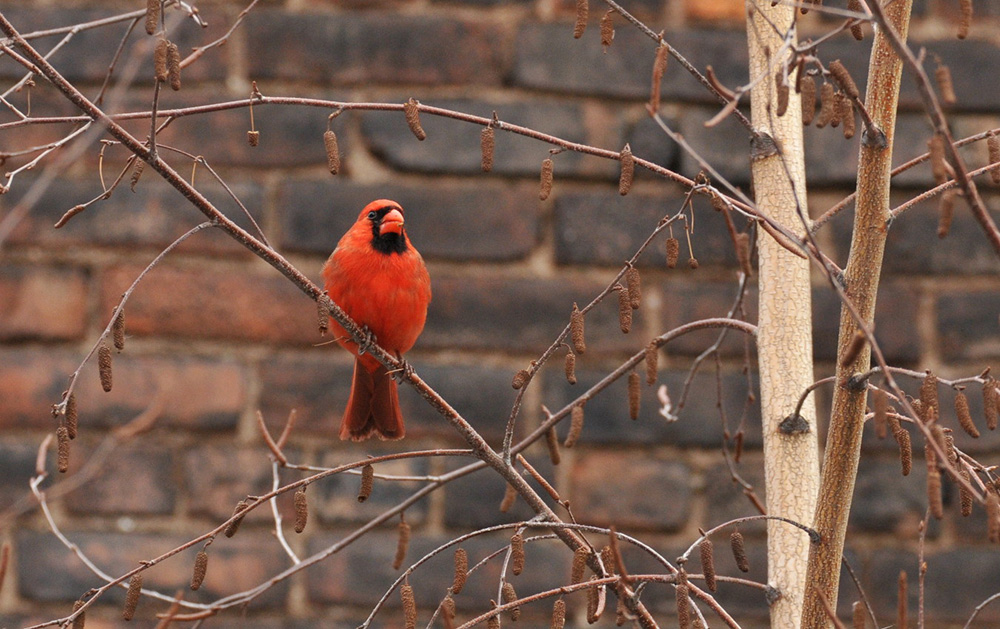 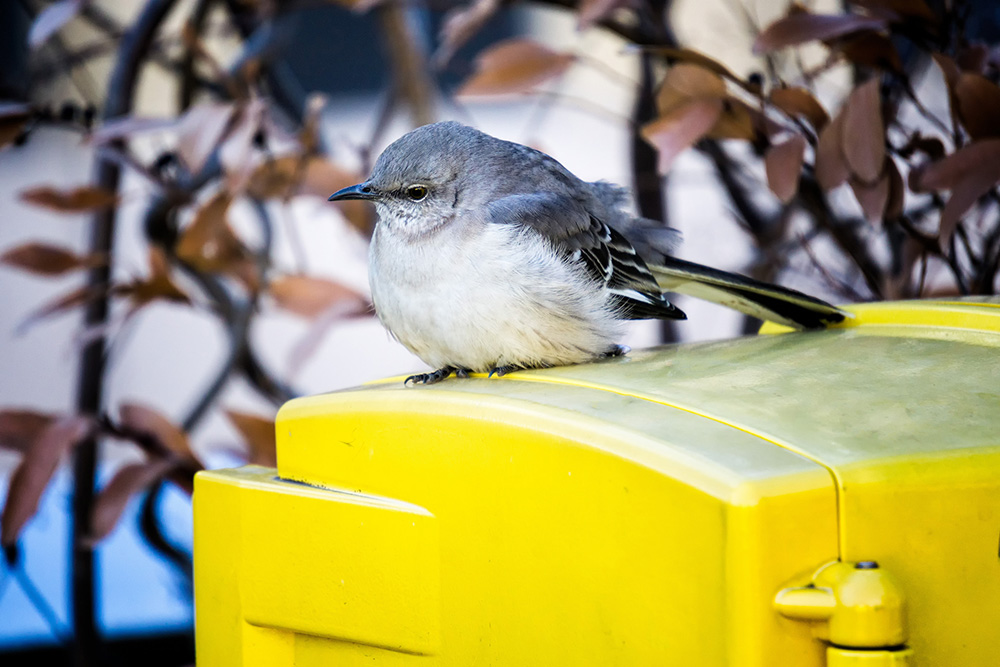 Looks like the King of 23rd Street might have some competition. Northern mockingbirds are a relatively common sight on the High Line in winter, as our plants offer abundant food sources. Photo by Mike Tschappat. 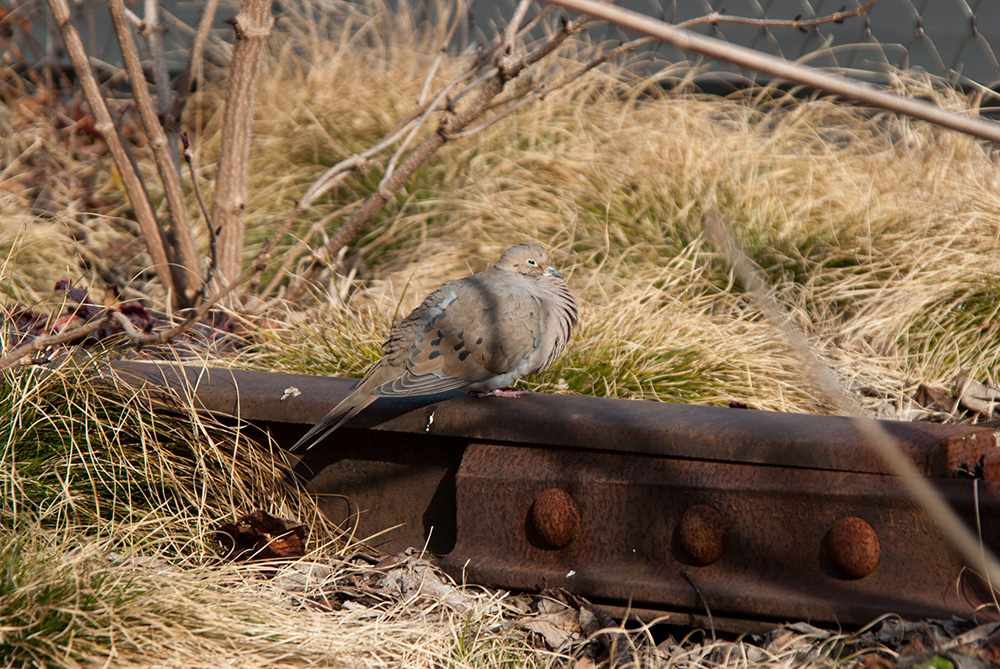 Before the High Line at the Rail Yards opened to the public, it was visited by the world’s largest mourning dove (Zenaida macroura). Photo by Oliver Rich.